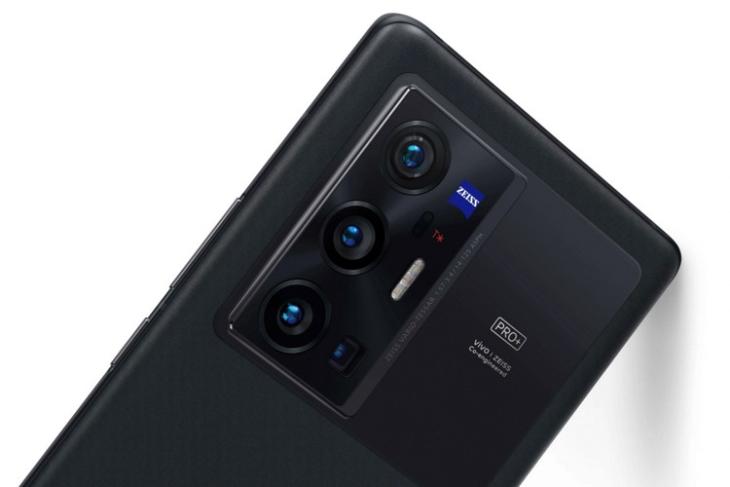 After launching its X60 series in the global market in late 2020, Vivo brought it to India earlier this year. Now, the company has confirmed to launch its next-gen X-series, the Vivo X70 series, in India on September 30.

Vivo launched the X70 series in China earlier this month, and it consists of three smartphone models – Vivo X70, X70 Pro, and X70 Pro+. Following the China launch, the company recently updated its official India website with a dedicated microsite to announce the arrival of the X70 series in India.

Although the microsite on Vivo’s website does not reveal any details about the internal specs, it boasts new camera technologies, including Zeiss optics and an ultra-sensing gimbal system. However, as the company already launched the devices in the Chinese market, we have an idea about the key specs and features of the Vivo X70 series. So, let’s a quick look at the key specs and features of each of the devices under the upcoming X70 series.

Starting with the standard Vivo X70, the device features a 6.56-inch full HD+ AMOLED panel with support for a 120Hz refresh rate and HDR10. Under the hood, the device packs the MediaTek Dimensity 1200 SoC, which is a 6nm chipset with an integrated 5G modem. It is coupled with up to 12GB of RAM and up to 256GB of internal storage.

Coming to the cameras, the Vivo X70 comes with a triple-camera setup at the back, including a primary 40MP Zeiss lens with a special Zeiss T coating for reduced lens flare. There’s also a 12MP ultra-wide lens and a 12MP portrait sensor at the back. On the front, the device will rock a 32MP selfie snapper.

As for the battery backup, the Vivo X70 will pack a 4,450mAh battery with support for 44W fast charging. Plus, there will be an in-display fingerprint sensor and a USB-C port for charging and data transfer. Moreover, it will come with 5G support, Bluetooth 5.2 technology, and Wi-Fi 6.

Coming to the higher-end Vivo X70 Pro, the device will be similar to the standard variant and will feature the same 6.56-inch Full HD+ AMOLED panel with support for a 120Hz refresh rate.

However, instead of the Dimensity 1200 chipset on the standard model, the X70 Pro will pack the Samsung Exynos 1080 processor. It will be paired with up to 120GB of RAM and 512GB of internal storage.

Another difference between the X70 and the X70 Pro will be in the camera department. Unlike the triple-camera setup on the X70, the Pro-variant will feature a quad-camera setup with an additional 8MP periscope lens with 5x optical zoom. At the front, there will be the same 32MP selfie shooter.

Turning to the battery, the X70 Pro will feature the same 4,450mAh battery with 44W fast charging support. Other than this, the device will support 5G networks and will come with an in-display fingerprint sensor.

Both the Vivo X70 and the X70 Pro launched in three colors, namely, Nebula, Monologue, and Too Black in China. So, we can expect the devices to be available in the same color options in India at launch.

Under the hood, the device packs the flagship-grade Qualcomm Snapdragon 888+ chipset that comes with an integrated Adreno 660 GPU. The chipset is paired with up to 12GB of RAM and up to 512GB of internal space.

As for the cameras, the Vivo X70 Pro+ comes with a quad-camera setup, much like the Pro-variant. However, instead of the 12MP ultra-wide lens on the lower-end model, the X70 Pro+ packs a 48MP ultra-wide sensor.

Moreover, the device also packs a bigger 5,000mAh battery than the rest of the models under the series. Plus, it comes with support for 55W fast charging. The device also comes with dual-band Wi-Fi support, Bluetooth 5.2 technology, and a USB-C port for charging and data transfer. It launched in four colorways, namely Journey (Orange), Wilderness (Blue), and To Black, in China.

So, these are the Vivo X70 models that will launch in India on September 30. The company has not yet mentioned the prices of the devices. So stay tuned for the launch event on the said date to know more about the price and availability of them in India.