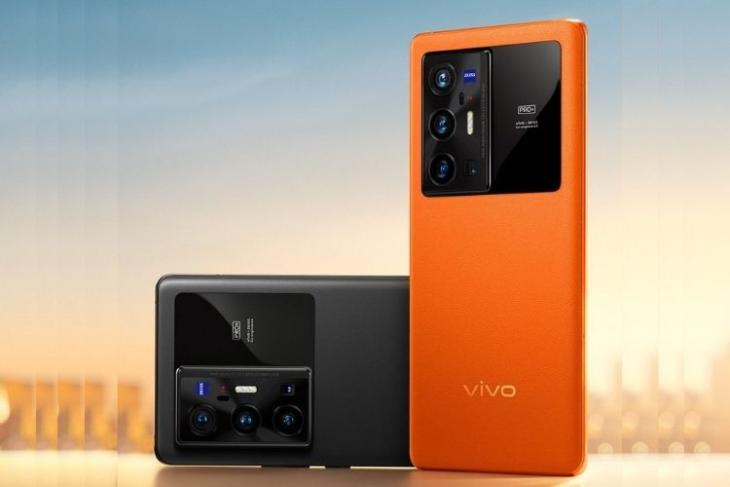 So, let’s take a look at some of the key features of this new imaging hardware and software developed by Vivo. Moreover, it is worth mentioning that most of these technologies will be featured in the upcoming Vivo X70 series, which launches on September 9th.

The Vivo V1 is the company’s first-ever professional-grade imaging chipset that combines with a smartphone’s Image Signal Processor (ISP) to boost the imaging process of a device. It will be placed in between the primary imaging chip and the display, with the task to aid the ISP in the image processing system. This chip has been developed in-house by Vivo.

The chipset, as per Vivo, has high efficiency, low latency, and low power consumption and is designed to work either as a high-speed CPU or work parallelly to improve the imaging process like a GPU or DSP. However, the company claims that the Vivo V1 is far better than a traditional GPU or DSP in terms of energy and power consumption.

The Vivo V1 is also capable of a read and write speed of up to 35.84 Gbps and comes with a 32MB large on-chip cache, thanks to optimized internal storage architecture and circuitry. As a result, devices with the chipset will be able to perform noise reduction and frame insertion in 1080p 60FPS videos in real-time. Furthermore, it will be able to process MEMC noise reduction and frame insertion during the low-light shooting of 4K 30FPS videos and with lower power consumption too.

Along with the Vivo V1 chipset, the company announced that the X70 series will feature glass lenses for the first time. Unlike plastic lenses, glass lenses have high transmittance, lower dispersion, and better thermal stability.

Although these lenses are harder and more costly to produce, Vivo says that the yield rate during the early stages of production is only about 60%. Thanks to this, the company states that its glass lens can achieve the highest Abbe number, which is an official indicator for measuring chromatic dispersion, of 81.6. It will be the highest in the mobile phone industry.

Other than this, the lens also has a high purity rating, and the central transmittance has been increased to a maximum of 95%. Plus, the company used the AOA dynamic optical calibration process to adjust the sharpness reduction, which can be caused by lens thickness error or lens eccentricity error.

Apart from the above hardware, Vivo has also introduced a new coating technology to prevent ghosting and glaring effects in the aforementioned lens. The ALD atomic later deposition process forms a nano-layer coating on the high-transmittance and ultra low-dispersion lens to further reduce the light reflection.

Apart from these, Vivo also announced that it will continue to add the simulation effect of the Zeiss Sonnar lens to its X70 series. Plus, the company will let users change the shooting method of time-lapse videos on the upcoming X70 smartphones. The devices will also feature a Log mode and a SuperRAW feature that will be able to output 14-bit depth RAW images.

So, with other companies such as Oppo and Xiaomi improving their imaging technologies, Vivo HAS introduced its in-house imaging tools and hardware that will pave the way for the imaging capabilities of future Vivo smartphones. What are your thoughts on the new imaging technologies developed by Vivo? Let us know in the comments below.