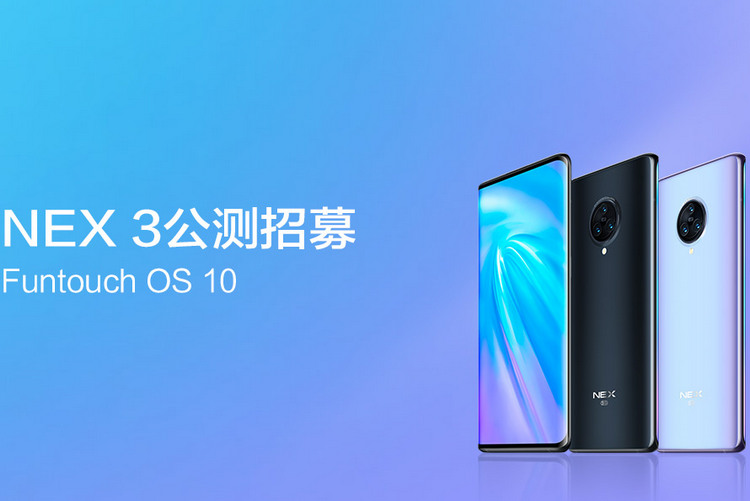 Chinese smartphone maker, Vivo, has revealed a new timeline for rolling out Android 10 to its smartphones after the original time-frame was postponed because of the coronavirus outbreak. In a post on its official Chinese forums, the company said that the rollout of Android 10-based Funtouch OS 10 will start with the Vivo Nex 3 5G on March 14. Thereafter, the update will hit a number of other devices, including the Vivo X27, X27 Pro, Z5 and more.

The initial rollout, however, will only be limited to the first 4,000 Nex 3 5G users who register between March 6 and March 12 to be part of the company’s public beta-test platform. Following the Nex 3, the update will also hit a number of other Vivo smartphones, including the X27-series, the Z5-series, the S1-series, the Z3-series and the X21-series. While the X27 lineup will get the new software by the end of March, the S5 will get it in mid-April. The rest of the devices will only receive the update in late June.

The incoming update will reportedly bring a number of new features, including a new look for the Jovi homepage, a new voice assistant, new lock-screen animations, a revamped calculator with real-time exchange rate data, and more. It will also apparently have a new ‘Children Mode’ for kids aged up to 12 years, bringing a whole host of child-friendly content, such as science puzzles, artistic influences and more than 200 infotainment videos.

Alongside the aforementioned Funtouch OS features, the incoming update is also expected to bring a number of native Android 10 features, including improved Smart Reply with more intuitive options for replying to messages, more granular privacy controls that allow users to set exactly when and how apps can access user-data, and of course, the elusive system-wide native Dark Mode that Google finally rolled out last year.