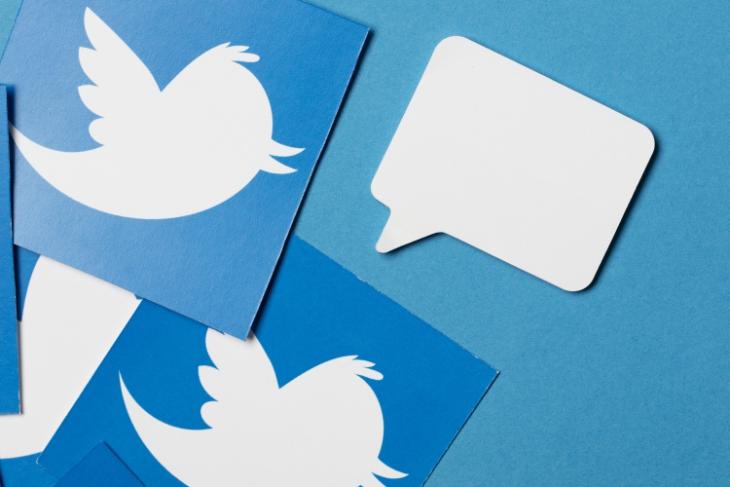 Twitter today reported its first-quarter earnings for the fiscal year 2018, edging past Wall Street estimates to report a well-rounded growth over the past 3 months. The company continued its momentum to witness yet another profitable quarter and substantial active user growth.

Twitter’s user growth had flatlined a couple years ago, with the micro-blogging platform losing on users instead of bringing new ones on board.

But, those days are now past us and Twitter today revealed that its user base grew by an average 3% year-on-year, adding close to 6 million new users in the past 3 months to take the total count to 336 million monthly active users. This has contributed towards a 10% growth in daily active usage, as compared to the previous quarter. 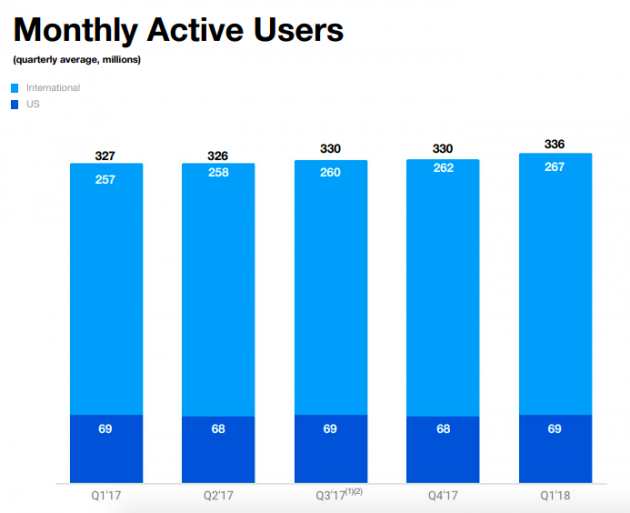 Among the 6 million new users that joined Twitter last quarter, 5 million are from overseas countries while the remaining 1 million come from the United States. This shows that U.S MAU grwoth was flat whereas the international users came in flocks.

Twitter has yet again beat market estimates to report $655 million in revenue, up 21 percent YoY, with a sizeable chunk coming from advertising. It also made $61 million in net profit (lower than its previous quarter) for the quarter ended in March 2018. Here are the key figures for Q1’18, along with comparisons to the estimates:

This is the second straight profitable quarter for Twitter, where the 280-character antics of its users have brought in $61 million to the company. Yes, don’t be shocked. It plans to continue doing what it’s doing while also trying to make the platform safe to use for users, and expects to be profitable for 2018.

Twitter was making losses for the past 12 quarters, failing to induce growth and facing a threat from its arch-nemesis Facebook. While the threat is still lurking, the company has now positioned itself uniquely to focus on live video and attract advertisers. Twitter says that it signed 30+ new live streaming deals, with close to 1300+ live streams in the previous quarter. In an interview with CNBC, Twitter CFO Ned Segal said,

Video is now more than half our ad revenue. This is the second quarter in a row where that’s been the case. There is still a lot more room to improve that as we get more video and more compelling ad formats in front of our advertiser’s customers on Twitter.

However, this can only be seen as a nascent turnaround for Twitter, who’s continuously been trying to accelerate growth into its business. It has sure made headway over these past quarters but the pace, it says, for this year will be slow and can’t match with that of the last one as it was the key turning point for them.

This statement created a negative sentiment for Twitter, causing its share price that had risen by a strong 14% to tumble down almost instantly. It touched a low of $28, only to settle down for just a 2.3% downfall yesterday.