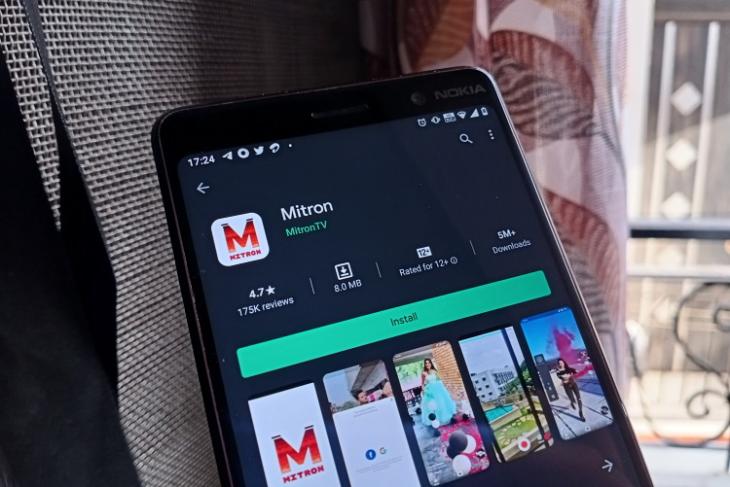 Mitron – a TikTok clone that masqueraded its way to Google Play’s Top Charts with over 50 lakh installations for being an “Indian app”, turns out to be a replica of a Pakistani app called ‘TicTic’ made by a company named Qboxus.

As reported first by CNN-News18, the app’s source code was purchased by an IIT Roorkee student named Shivank Agarwal for $34 (~Rs.2,600). In other words, Mitron is a clone of TicTic, which is a clone of TikTok.

While Irfan Sheikh – founder, and CEO of Qboxus doesn’t have a problem with the app getting unprecedented attention due to the YouTube vs TikTok chaos going on in the country, he doesn’t like the fact that Mitron is being promoted as an Indian app since Agarwal has apparently not done any major changes in the app’s interface.

“We expect our customers to use our code and build something on their own. But Mitron’s developer has taken our exact product, changed the logo and uploaded it on their store.”, Sheikh told News18.

“There is no problem with what the developer has done. He paid for the script and used it, which is okay. But, the problem is with people referring to it as an Indian-made app, which is not true especially because they have not made any changes.”, he added.

In fact, a separate APK teardown of the Mitron app by The Quint found that the user data and videos are stored in an Amazon Web Services S3 instance server. The app seems to be communicating with a site called Shopkiller for its API calls. They were also able to find leftover traces in the code that associates Mitron with TicTic.

When negative campaigns of TikTok became viral leading to a dramatic drop in TikTok’s ratings, Google took a stand and removed millions of negative reviews. It will be interesting to see if Mitron gets removed from Google Play in the coming days.

As reported by CNBC-TV18, the app has been removed for violating Google Play’s ‘spam and minimum functionality’ policy.