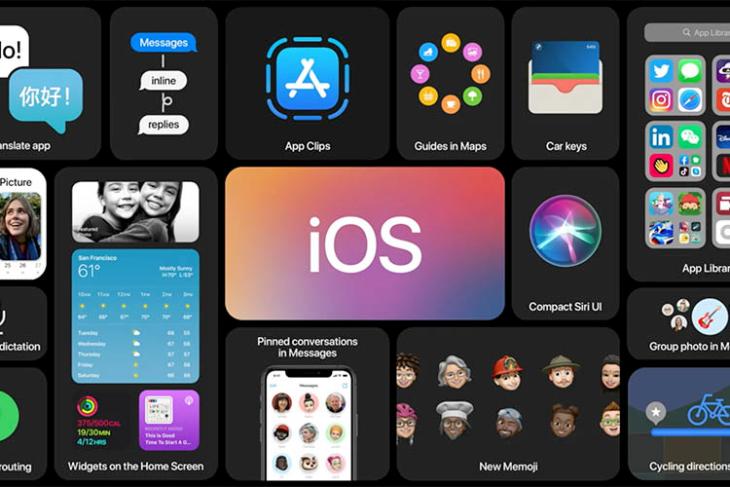 WWDC 2020 is underway, and the keynote just got over. As expected, the Cupertino giant has unveiled the next iteration of its operating system for the iPhone. Contrary to what rumours suggested, Apple has not renamed iOS to iPhoneOS. iOS 14 is now official, and here are all the iOS 14 details you should know.

The latest version of iOS comes packed with a bunch of features and changes. Not all of these are very important, but there are some huge ones here.

The home screen is seeing the most number of changes with iOS 14.

There is a new App Library at the end of the app pages. This is a collection of all your apps organised automatically by iOS. It has a universal search up top, and categories of apps that you can go through to find apps easily. Moreover, it shows up apps that you’ve recently installed so you can get to them faster. Also, you can quickly launch apps through the App Library if you want, which is great.

With iOS 14, you can now hide app pages from your iPhone. This is great for people who install a lot of apps on their iPhones. You can simply get into edit mode and then hide the app pages you don’t want to see.

Widgets are getting a bunch of improvements with iOS 14. For one, they are now redesigned and come in multiple sizes, which is nice. However, more importantly, you can now place widgets on the home screen as well.

There’s also a new widget called ‘Smart Stack’. With Smart Stack you can swipe along to view different widgets if you want. However it also uses machine learning to learn which widget you need at what time. So, in the morning you might see your news, your calendar can show up through the day, and more. It sounds pretty interesting.

This is extremely useful for me. iOS 14 shows up incoming calls as a small banner on the top of the screen instead of taking over the entire display. Anyone who has ever played PUBG on an iPhone only to have a call come in will know that this feature is a godsend.

iOS now also supports picture in picture. This is a feature that Android phones have had for a long time now. However, it’s great to have it on iPhones as well. It’s unclear which apps this will work with, but it definitely works with the TV app.

You can drag the PiP window around, pinch to zoom, etc. Moreover, you can swipe it to the side to hide the video and continue playing the audio. That’s pretty awesome and I can see YouTube making a good use of that feature.

Remember how Google now has a compact Assistant? Well, Siri is going the same route. iOS 14 has a compact Siri that doesn’t take over your entire screen when you invoke it. It now also has 20x more facts than it did 3 years back. Plus, you can now even send audio messages with Siri if you want. So far, the feature is known to work with iMessage, but it could make its way to WhatsApp and other messaging apps as well.

The Messages app is getting features that were already rumoured for it. Notably, you can now mention people in groups, and give inline replies in group chats. You can also choose to only get notifications for group messages when someone mentions you in them, which sounds useful.

There’s also a new conversation pinning feature in Messages which I’m excited about. It’s basically what apps like WhatsApp and Telegram have had for a long time, but it’s nice to have it on iMessage as well.

Other than these features, Apple announced a new Translate app, more Memoji stickers, age options for Memojis, etc. There are also improvements in the Maps app, including EV routing and cycling support. Also, there’s a new App Clip feature that works a lot like Instant Apps.

While Apple didn’t announce a specific release date for iOS 14, the company has released a developer beta today. A public beta will follow in July, and a stable release should be sometime after the launch of the iPhone 12 this fall.