Beebom
Home Mobile Android How To Use Tasker: The Ultimate Guide

Android as an ecosystem and platform has proven to exhibit enormous possibilities, and this is one reason why there are hundreds of apps which try solving the same problem, in their own unique way. This openness and versatility fosters immense opportunities for app developers. But that isn’t the case all the time, the vast catalog of apps hinder app discover-ability and thus sometimes we may end up in a situation, where we don’t find a solution in form of an app. This is where automation apps like Tasker come into play.

It would not be wrong to crown Tasker as the Zeus of all automation apps on the Play Store. Putting it in simple words, Tasker is like the IFTT App on steroids with a ton of extra features.

Why a dedicated tutorial on such a popular app?

The answer to this question is “Complexity”; while Tasker certainly is the best app to explore how smart your smartphone can actually get, it’s never considered the most user-friendly or intuitive one. Tasker has been infamous for its complexity and yes, it does take a while to get used to its overwhelming UI. And most adopters leave midway because of how intimidating it can get to configure it to work correctly. Even one slight misconfiguration can end up showing unexpected results. Also, the Tasker website itself is not very helpful in providing a basic training on how to use it. In this article, we’ll cover all the basic elements of Tasker and explain you in adequate detail what each component does. We would also look at some of the reasons why sometimes Tasker may not work.

The Tasker app can be broken down to 6 main components

Tasker can be considered as a glue which binds the capabilities of all your apps and your device’s hardware to create amazing experiences. There are infinite possibilities to the extent to which you can experiment with Tasker to create amazing solutions. But for the sake of explanation we will focus on a basic one and use it to dive deeper into the app

In this section we will take into account all the terms that we came across to create our very own profile that starts Daydream mode when you put your phone to charge.

For the people who don’t know, Daydream mode lets you set up screensavers that display photos, colorful backgrounds, and more when your device is charging or docked.

If you don’t have Tasker app on your Android device yet, install it from here. It offers 7 days trial, which you can try before opting for paid version of the app. 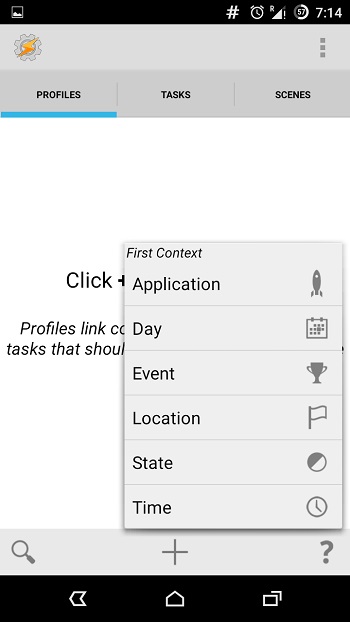 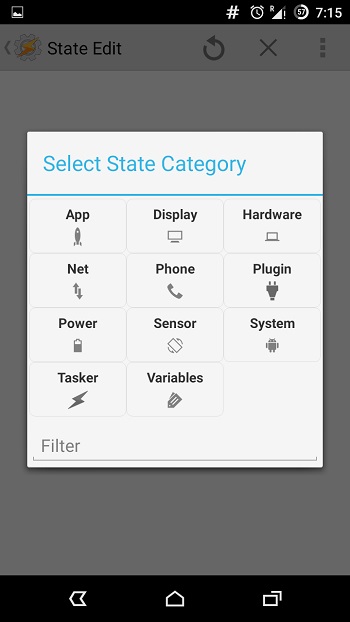 Here, we will define our Context which will activate the profile. 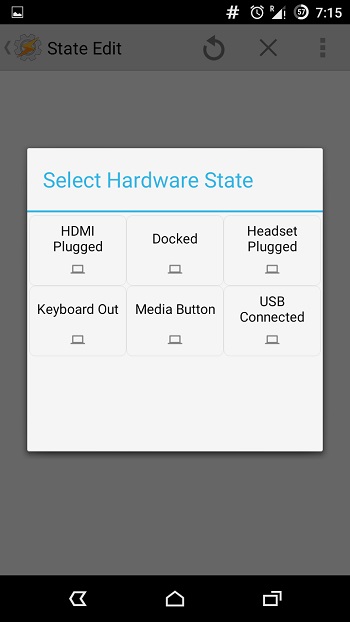 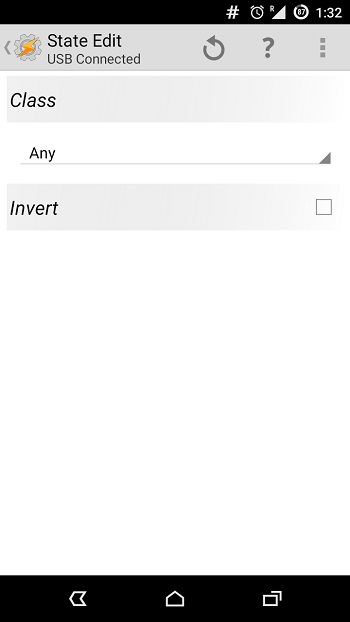 We will now define our Task. 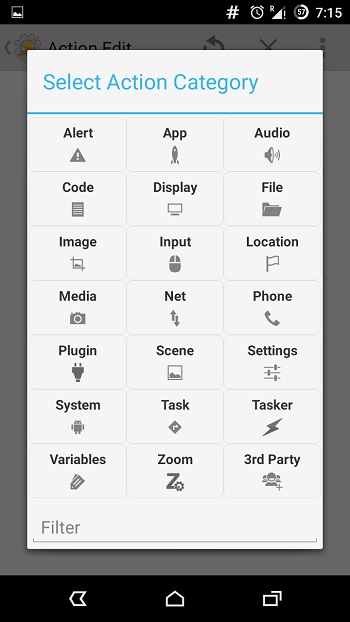 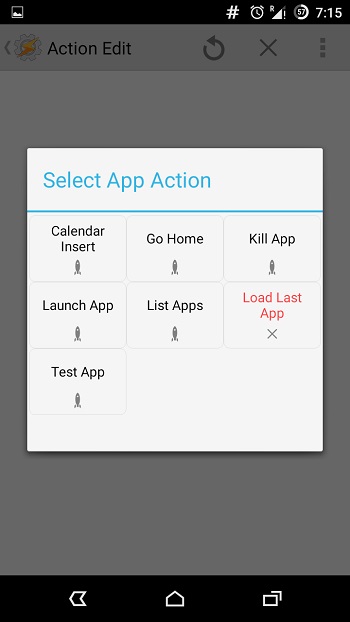 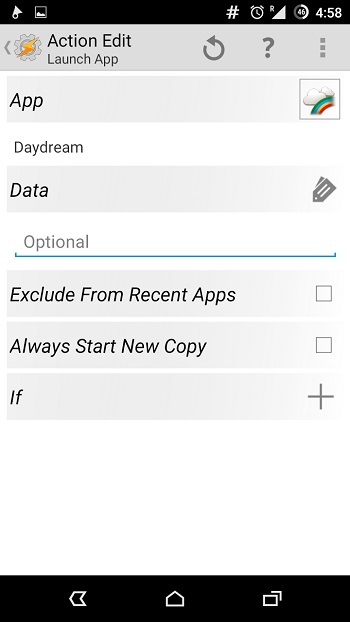 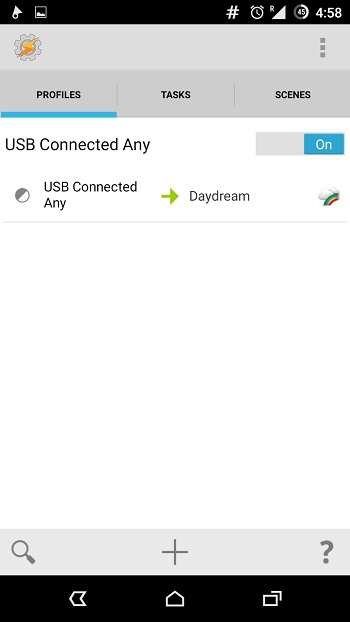 And just like that a basic profile is ready that will put your phone to Daydream mode when you dock it/ put it to charge. Now you can do the same thing from the display settings of your phone, without the need of Tasker. But the fact that we could harness the power of the system by linking one app to a context is amazing. Of course, it’s not always this easy to create a profile/recipe the more amazing your idea gets the more complex it becomes to get it configured on Tasker. Here are some of the best and most useful Tasker profiles list, you should refer.

What’s going on in the background?

Let’s see what this Tasker profile does and what actually happens in the background.

So, it is clear that Tasker is picking up the system contexts and checking it with it’s own list of contexts, whenever a context matches, it performs the task specified along with the context; which, in this case was launching an app.

Times when Tasker fails to work

Of course, every coin has two sides and so does Tasker. There are numerous times when Tasker just fails to work even though everything you did was right. Let’s see a couple of possible cases where it fails

SEE ALSO: How To Block Texts On Android

While Tasker packs in a lot of power, it still remains hard to get past its steep learning curve. At times, a misconfiguration can lead to weird behavior of the device. And even though everything seems to be right at times, Tasker just doesn’t work. It’s mostly a hit and trial technique to get around with it and patience is the key to automation in this context. 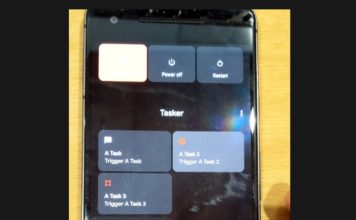 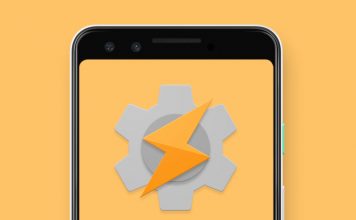 How to Change Preferred Network Type with Tasker (No Root)

In January this year, Tasker made a significant announcement that would allow users to execute core system tasks on Android without root privilege. It...
Arjun Sha - Aug 29, 2020

If you are someone who takes screenshots of chats, funny memes, or a bug on your device, then you might be familiar with the...
Beebom Staff - Jun 21, 2020

With so many new digital streaming services in the market, sometimes we tend to forget about a subscription for a service that we are...
Beebom Staff - Jun 13, 2020

It is not often that we forget the passcode or the screen pattern of our very own smartphones. Now, when that happens, it becomes...
Beebom Staff - Apr 26, 2020