Skip to content
Home How To What are Standby Apps in Android P and How to Use It?

Google has rolled out the new Android P Beta today at Google I/O, and boy does it bring a ton of new features and improvements. While the new gesture-based navigation steals the limelight, Google has also added a ton of improvements under-the-hood to improve the user experience. With battery life becoming more of a demand from users, Google has promised better and effective battery management with Android P. While every new version introduces something new regarding battery life, such as Doze, this year with Android P, Google has brought about App Standby Buckets. With the help of App Standby Buckets, you will be able to take more control over the apps running in the background, affecting your battery life. But before talking about how to use it, let us discuss what App Standby Buckets exactly are:

What are App Standby Buckets?

App Standby Buckets is a new power-saving tool introduced with Android P Developer Preview 2. Basically, it categorizes apps based on how frequently you use them and limit their access to device resources accordingly. This is a dynamic process, and the system assigns each app to a priority bucket and then reassigns the apps as needed.

According to Google, there are 4 main App Standby Buckets, namely:

An app is said to be in the active bucket if the user is currently using the app, for example:

As such, if an app is in the active bucket, the system does not place any restrictions on the app’s jobs, alarms, or FCM messages.

Lastly, there’s a special never bucket for apps that have been installed but have never been run. The system imposes severe restrictions on these apps.

The Problem to App Standby Buckets

In theory, App Standby Buckets sounds like a great feature. However, there happens to be a catch to it. As stated by Google, “Every manufacturer can set their own criteria for how non-active apps are assigned to buckets.” Effectively, each manufacturer can manage the apps and distribute or categorize the apps into various buckets based on their idea of designing. While Google claims that the process is dynamic and Android would categorize apps based on the user’s usage, it’s worth noting that Android will fall back to this usage pattern system to determine app placement only if the device lacks pre-loaded software that would otherwise determine where an application might be placed.

How to Manually Use Standby Apps 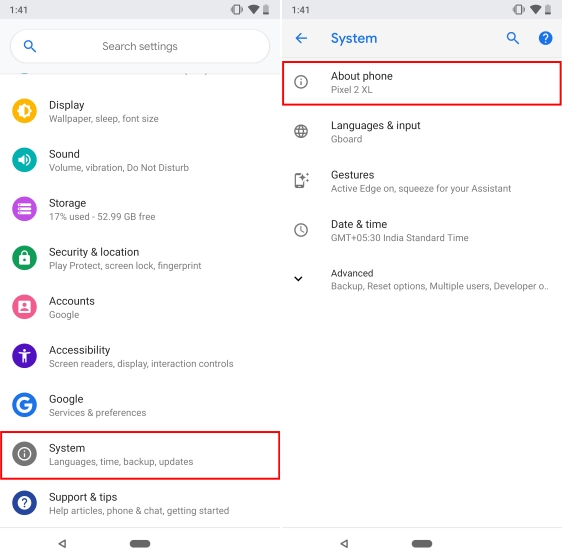 2. Now, tap on Advanced and scroll all the way down. Tap on “Build number” seven times to enable developer options. 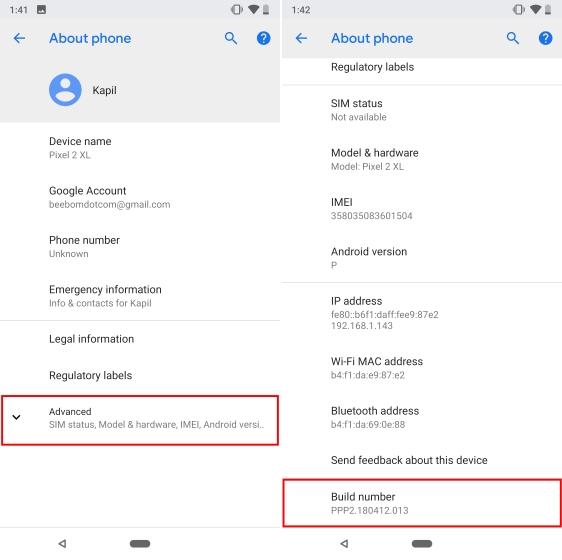 3. Once you’ve done that, head over to Settings -> System -> Advanced -> Developer Options. 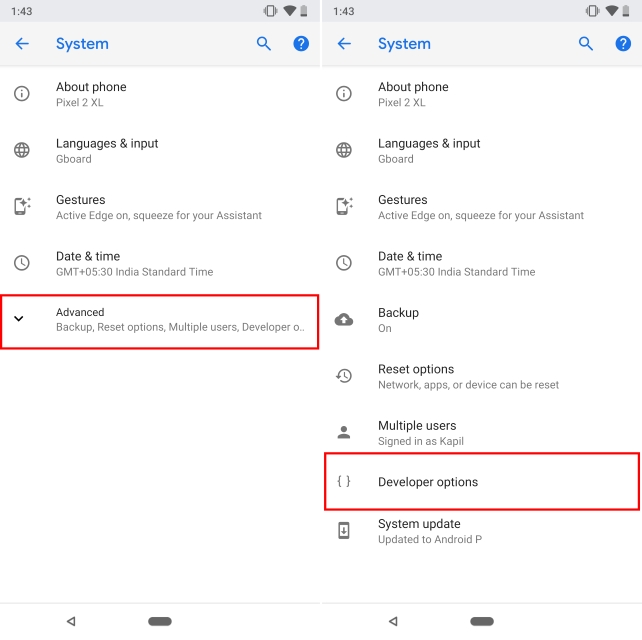 4. Once here, scroll down to the very bottom. Tap on “Standby apps”. 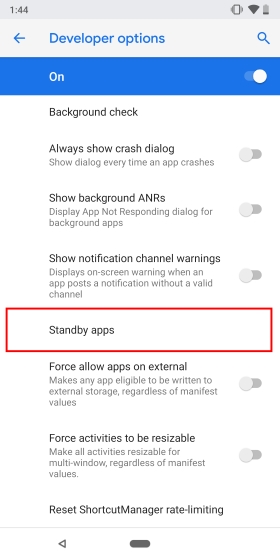 5. And that’s it. You will now see a list of all the apps installed on your device. Simply tap on any app you wish to change the Standby Bucket of. You should get a list to choose from the 4 main Standby Buckets mentioned previously. 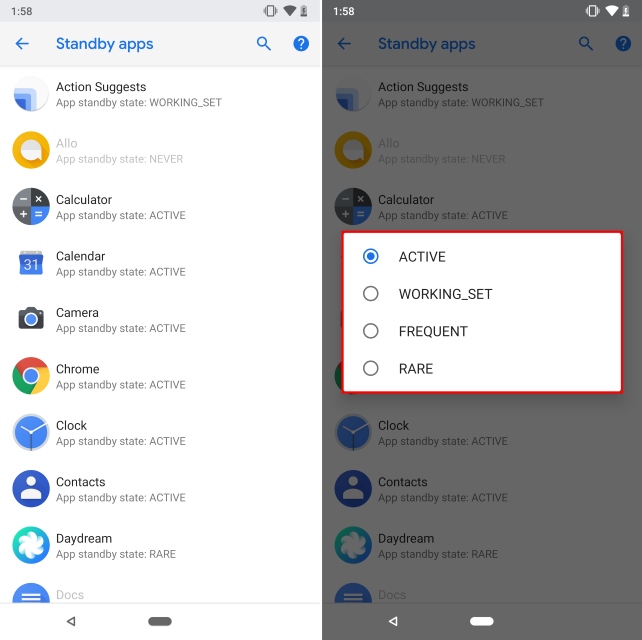 
Get Better Battery Life with Standby Apps on Android P

Well, just like Doze, App Standby Buckets aim to promise better battery backup. Using the above guide, you should be able to gain manual control on assigning apps to your preferred app buckets, rather than letting your OEM do it. On the other hand, if you’re running Android P on a Pixel device, Android would automatically do the profiling for you. While the actual effect on battery life with App Standby Buckets will only show after a couple of days of usage, the feature in itself seems to be pretty great.