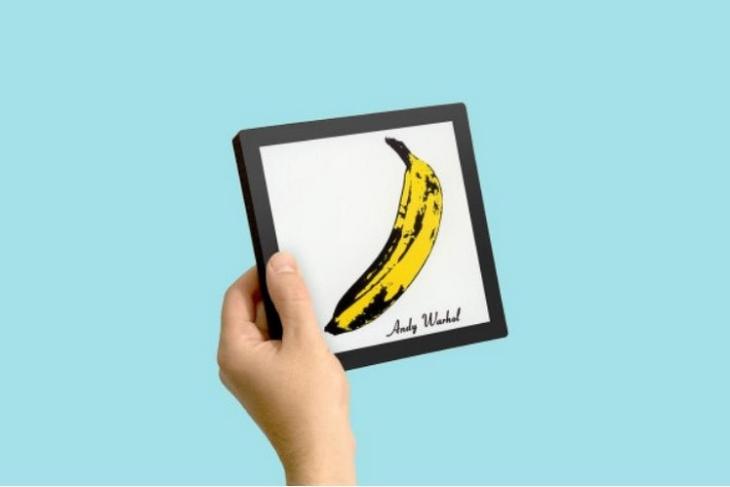 I don’t about you, but I, for one, used to be crazy about album covers of songs from different artists. I remember sitting down and adding album covers to all of my downloaded songs to display them on iTunes’ “cover flow” interface (ah! miss the old iTunes). Well now, a recording artist named Tom Vek has designed a unique square-shaped music player dedicated to album artworks of different songs.

Well, turns out, I wasn’t the only one obsessed with album artworks. When Apple released the initial iPod, Tom Vek thought that it should have been a square device to display the beautiful album covers of songs on which graphic designers work pretty hard.

“I’d been resistant to the iPod because it wasn’t a good replacement for the visual side of CDs,” said Vek.

So, after waiting for a square music player for several years, he started to design his own and look for high-res square-display manufacturers, which are rare in the market. However, Vek managed to kickstart his project when he found a company that customizes touch screen displays for various form factors.

The result is “Sleevenote”. A unique music player that is designed to showcase the album artworks of songs and artists. The device looks pretty cool with its sleek edges and iPad-like boxy design. It has an array of round media control buttons on one of the edges to avoid displaying any on-screen buttons on top of the beautiful artworks. 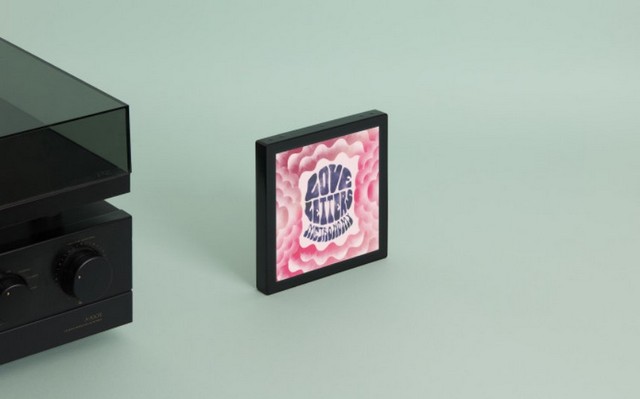 There is also an iOS app of the same name which Vek developed back in the day, prior to starting this hardware project. And similar to that app, the Sleevenote music player displays the album covers of songs on its 7.5-inch square display, without any over-laying texts.

This makes the device look more like a picture frame than a music player when kept upon a tabletop.

Now, to start playing music on Sleevenote, users can connect their Bluetooth speakers or a pair of TWS earbuds to the player. However, a wired headphone is a better option as Sleevenote packs a Wolfson Class W headphone amplifier Cirrus HQ DAC to deliver CD-like audio for the listeners. 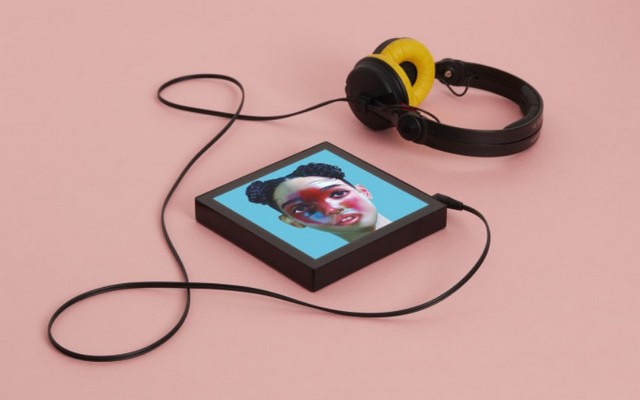 Moreover, the player will connect to popular music streaming services like Apple Music and Spotify and play the songs in your music library.

Now, apart from playing music, as the device is designed to display amazing graphic designs, Vek needed very high-res screens to showcase the artworks in all their glory. Well, he did manage to fit a very high-res display reproducing crisp colors. However, this led to a huge increase in the production cost of the device.

Hence, the maker is currently running a crowdfunding campaign for the product on Indiegogo with a target amount of £497,734 (~Rs 48,724,192). And to start producing his first batch of “Sleevenote” devices, Vek needs to sell at least 1000 units of the product.

However, due to the steep production cost, one Sleevenote player comes with a price tag of, wait for it, £533 (~Rs 52,214). Well, that is pretty expensive for a music player, however, Vek says that he tried to keep it “cheaper than an iPad Pro”. There is also a dedicated FAQ section explaining the need for this high price.

So, the designer hopes that audiophiles and music enthusiasts would embrace the uniqueness of his product and understand why it costs so much.

Personally speaking, I actually love the device due to my crazy obsession with album covers. However, I am not that of an audiophile to pay up that much for it. But if you are, then you can surely back the project to pre-book one for yourself. The creator plans to ship the orders starting from October 2021.

Fun and Free Music Makers for iPhone and iPad