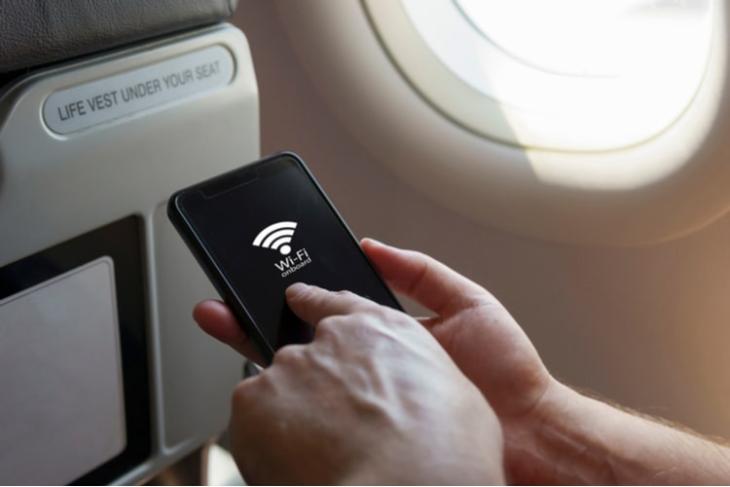 In-flight Wi-Fi has been a much-requested service from flight passengers to remain connected to the internet, even at high altitudes. While there are in-flight Wi-Fi services for passengers in some airlines, considering they pay a few extra bucks, the internet speeds are nowhere near those of a good home Wi-Fi setup. And well, SpaceX’s Starlink aims to change that soon enough. Here are the details.

According to a recent report by The Verge, Elon Musk’s SpaceX has started making a few deals with airline companies to offer Starlink’s satellite-based internet service to flyers. The company recently secured deals with Hawaiian Airlines and charter airline JSX to bring Starlink Wi-Fi services on their flights. While the financial details of the partnerships remain under wraps, both airlines mentioned that they are planning to offer the in-flight Wi-Fi service to passengers for free.

Now, it is worth mentioning that the idea of bringing improved in-flight Wi-Fi has been on the mind of Starlink executives for a while now. Earlier last year, Jonathan Hofeller, the VP of Starlink at SpaceX, said that the company was developing an aviation product and was “in talks with several of the airlines.”

Once the deals are done and the Starlink in-flight Wi-Fi goes live on airplanes, Hofeller stated that it will be a significant improvement for in-flight Wi-Fi service. However, it is worth mentioning that Starlink has much work left, both in the regulatory and product departments.

The company, as one might know, has been struggling to expand its satellite-based internet service in countries like India, with Reliance Jio posing a major competition. However, if the Elon Musk-backed company can successfully deliver in-flight Wi-Fi before its competitors, it could have an upper hand over other companies and capitalize on the potential billion-dollar market.

As for the availability of Starlink’s in-flight Wi-Fi, JSX mentioned that it has already started testing the service and is planning to roll it out for its fleet later this year. Hawaiian Airlines, on the other hand, is still in the “initial stages of implementation.” Nonetheless, it expects to install the Starlink Wi-Fi on some of its aircrafts next year.

So, what do you think about Starlink’s initiative to deliver improved in-flight Wi-Fi service? Do you think the company would be able to deliver on its promise? Let us know your thoughts and opinions in the comments below.