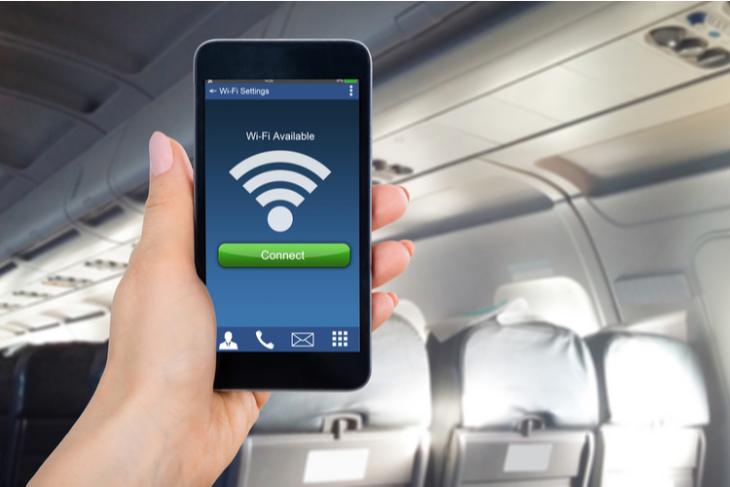 Till now, there were only two countries that restricted internet access in domestic flights – India and North Korea. However, the Indian government amended the aviation rules to strike-out that restriction recently.

Indian airlines were not allowed to provide in-flight WiFi services as the country still follows an age-old rule/precaution. The rule states that no one is allowed to use mobile service whilst the aircraft is cruising in the sky as the radio waves from the mobile devices could interfere with the flight’s radio waves.

However, this can change with the new amendment. According to an official notification by the Ministry of Civil Aviation, passengers travelling in a domestic aircraft can now use the in-flight WiFi services, given the Pilot-in-Command (PIC) allows it. The Central Government recently announced the amendment to the Aircraft Rules, 2020.

Although the change will allow Wi-Fi services in an aircraft, it comes with some restrictions that should be complied with. First of all, the PIC will be the main authority in an aircraft to provide internet access. The commanding pilot may allow passengers to use an onboard Wi-Fi service to use mobile, laptops, e-readers, smartwatch, given that the devices are in “Airplane Mode”.

Another restriction is to comply with the Director-General’s certification of the aircraft. Before the PIC can allow the passengers to use the onboard internet service, the flight should be certified by the Director-General of the Ministry of Civil Aviation.

Now, these restrictions may delay the implementation of the service in all the flights of the domestic airlines. However, while taking the delivery of the first Boeing 787-9 aircraft, the CEO of Vistara, Leslie Thng told that this would be the first aircraft in India to provide in-flight Wi-Fi services. Also, you might have to pay some extra bucks to use the service when you are cruising at 35000ft.