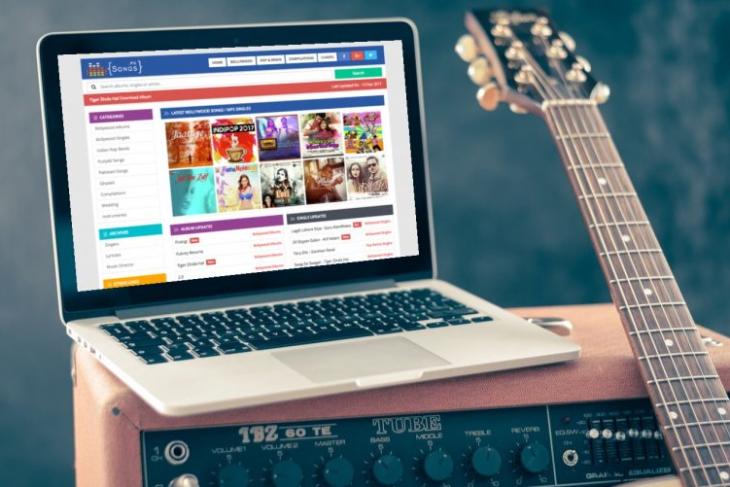 If you’re an Indian reader on our platform, you must be well-acquainted with the pirated music hosting service Songs.pk that’s been around for the past decade. The platform has been a major nuisance for the music industry, which has caused it to be taken down from the Internet numerous times. The platform eventually comes back from the dead and the same has happened once again but with a brand new user-focussed monetisation scheme.

The menacing Songs.pk platform is now looking to cash in (literally!) on the frantic rise in cryptocurrency prices. Many suspicious and illegal websites are now deploying “in-browser” mining software to use their visitor’s resources to obtain Bitcoin. The website has given up on its ad-focused strategy and since mining Bitcoins via the web browser is trending right now, Songs.pk has also adopted the said model.

The pirated music website, which allows both streaming and offline downloading of songs, boasts of 16+ million monthly visitors with an average bounce rate of 55 percent. This is enough traffic for the website to easily mine Bitcoins using an in-browser script but it happens at the cost of your hardware resources. The CPU usage of the browser will shoot up and the same will become quite laggy while you surf Songs.pk. It is because of the following script, first spotted by Twitter user @ArpitNext, embedded in the code of the website:

While Songs.pk wasn’t particularly upfront about the usage of ‘in-browser’ bitcoin mining software it was using but the same has now been updated on the website. Songs.pk has deployed a mining script from jsecoin.com, which ramps up CPU/RAM usage for the tab where the music website is open. And this can be harmful to your system as mining software scripts can easily deliver spyware/malware scripts to infect your system.

Songs.pk, if you’re unaware, was banned from being used in India earlier in 2012 because the music industry became absolutely fed up with the site’s illegal distribution of Bollywood songs. The developers have, however, been switching servers to keep the platform running and are now using bitcoin mining scripts to make money off their visitors. You can stop any suspicious website from using your system’s resources using software’s like minorBlock.

I’d also suggest you not to visit shady websites like Songs.pk to save your computer from undesired browser-based mining malwares. You may think that it is perfectly fine for such websites to mine Bitcoin by using system resources in exchange for the free music but that isn’t the case here. You should instead embrace legal ways to stream or download music in the country. So, what music streaming service(s) do you plan on exploring? Let us know in the comments down below.