As if visiting shady torrent websites wasn’t harmful enough before, there’s a new problem that now users have to deal with while visiting such websites. A user on Reddit has discovered that while visiting one of the most popular torrent websites, the PirateBay, his CPU was being used for mining the digital cryptocurrency “Monero”. For those who don’t know, Monero is another popular cryptocurrency, just like Bitcoin. PirateBay was using a simple JavaScript code which triggers a cryptocurrency miner from Coinhive.

The code was found to be embedded in in the footer of several particular web pages on the domain. This new finding has enraged the users as they were not informed about any such development beforehand. So, in this article, we are going to find out the pros and cons of websites carrying out crypto-mining using visitors CPU, and what it means for you. At the end, we will also show you how you can stop websites from using your CPU to mine cryptocurrencies:

As I mentioned above, websites can utilise specific JavaScript code embedded on their websites to trigger the crypto-mining process which will utilise your machine’s CPU to perform the task. The code can be enabled throughout the website or on certain specific pages depending on the search terms used to find those pages. In case of PirateBay, the code was used on particular pages. Since its discovery, PirateBay has commented that they were just running this as a test on particular web pages only. However, if the test becomes successful, it won’t take much time to make this universal across the website.

To say it bluntly, the crypto-mining process allows PirateBay to earn money. Any torrent website such as PirateBay needs money to run, which is currently generated by the ads running on their website. Crypto-Mining can act as an alternative source of income which according to PirateBay may replace the need for advertising on its platform. 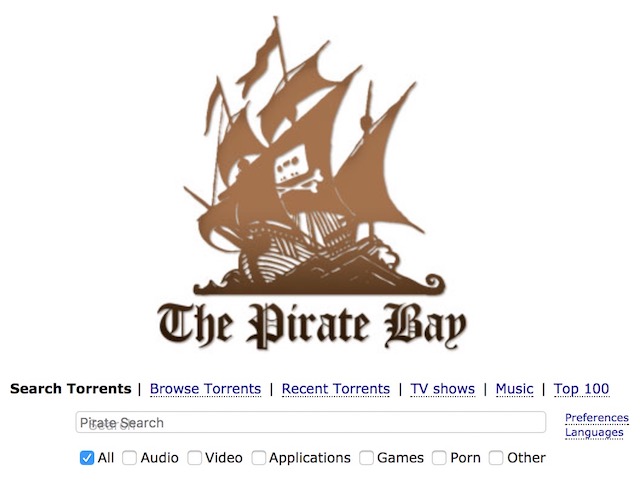 PirateBay in its statement ask its users a very simple question, “Do you want ads or do you want to give away a few of your CPU cycles every time you visit the site?” If PirateBay test results indicate that they can earn enough money to cover the cost of running their website using the crypto-mining without alienating or angering its user-base, they might as well switch to it.

What Does This Mean For Users

As users, you will also have to think about what you prefer more, ads or crypto-mining. Both have their own pros and cons. When it comes to ads, we all hate them. Especially the ads on torrent websites because they tend to contain more graphic and adult content. There’s also the problem of the rise of malvertising on such websites. If you are not familiar with the term, it basically means the practice of running those ads, which when clicked on, direct users to fraudulent websites, and websites containing malware which can infect their system.

Using the Mining of Cryptocurrency as a revenue stream comes with its own set of problems. Since the website will be using your CPU power to mine the cryptocurrency, your CPU will always be running at its full capacity, whenever you are visiting such websites. The Reddit user which exposed this test also shared its system’s CPU uses. The CPU was running at 80-85% efficiency. For context, this is the same CPU uses which your system experiences while carrying out heavy-duty operations such as 4K video editing, playing AAA title games, or rendering 3D projects. This means that while you are on such websites which are using crypto-mining instead of ads, your CPU will be fully consumed and you will see your computer lagging. There’s also the problem of draining your battery quickly if you are not plugged in.

As you can so both the revenue-generating options have their own pros and cons. One fills the websites with adult and graphic ads and there’s also the risk of malvertising. The other will use your system’s CPU power instead to give you an ad-free experience.

How to Stop Websites From Using Your CPU

If you are not ready to spend your CPU power, you will be happy to know that you don’t have to, even if the websites adopt this system. As the crypto-mining is triggered using a JavaScript code, it can be easily blocked by using an extension. You can think of these extensions as a different kind of ad-blockers, ones which block attempts of crypto-mining using your CPU by websites rather than the ads running on them. Currently, there are two of them which work really well and you can install the either. One of them is the minorBlock (free) and the other is called the NoCoin (free). You can install the extensions by clicking on the provided links. 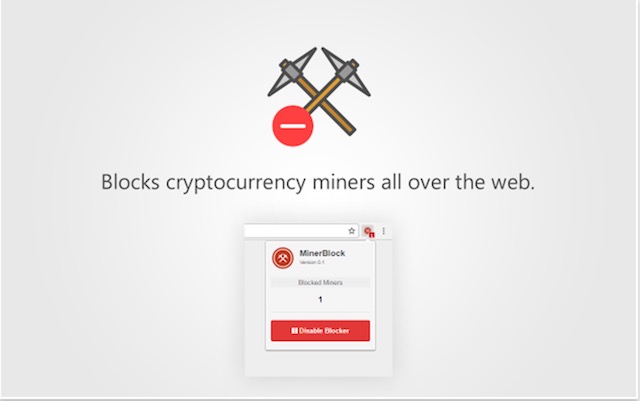 However, the extensions are currently working only on the Chrome browser, but the developers are releasing the FireFox version soon. If you use Firefox, you can try to install a JavaScript blocking extension called NoScript (Free). This should get the job done until a specific extension is released for the same. Extensions for other browsers should follow soon.

SEE ALSO: What is BlueBorne and How it Endangers Billions of Bluetooth Devices

Stop Websites From Using Your CPU For Crypto-Mining

I do agree with PirateBay that they need money to run their website and I don’t have any problem with them looking for alternate streams of revenue other than the ads. Because who don’t hate ads. However, they should have informed the users before they implemented this change. I would give them the benefit of doubt as according to them, they were just testing it. Considering that code was embedded on particular pages and not the whole website, the reasoning does seem quite probable. But that’s me, let us know your thoughts on the subject in the comments section below. Also, do let us know as to which is your preferred evil of the two.