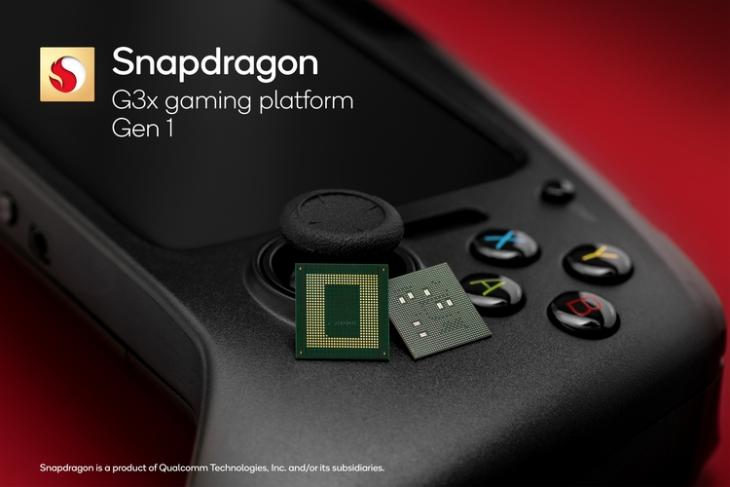 After announcing plans to simplify the naming scheme for Snapdragon chipsets last week, Qualcomm announced its latest high-end mobile chipset called Snapdragon 8 Gen 1 yesterday. You can learn how Snapdragon 8 Gen 1 compares to the MediaTek Dimensity 9000 chipset in our in-depth article. We’re here to discuss something other than Snapdragon 8 Gen 1 chipset, though. On the second day of the Snapdragon Tech Summit 2021, the company unveiled its new effort to cater to the gaming segment. A new dedicated chipset dubbed Snapdragon G3x Gen 1 gaming platform. Here’s all you should know about this new gaming-centric chipset.

Snapdragon G3x Gen 1 is Qualcomm’s new mobile platform for gaming. The devices based on G3x Gen 1 will have native support for Android games and access to cloud gaming via Xbox Cloud Gaming. You even get the option to stream games from your console or PC through Steam Remote Play.

While we currently have gaming phones in the market, Snapdragon G3x Gen 1 aims to create a new segment of dedicated mobile gaming devices (aka portable handheld Android consoles). Qualcomm hopes to get developers onboard and has even partnered with Razer for a developer kit that’s now available for developers. We could expect devices with the new G3x chipset under the hood from OEMs once the content ecosystem is ready.

Featuring Adreno GPU, Snapdragon G3x Gen 1 platform supports Full HD resolution games at 120 FPS. You get up to 4K resolution and 144 frames per second when you connect the device with a TV. Moreover, 10-bit HDR support is present here for better contrast during your gaming sessions.

Snapdragon’s gaming platform boasts Wi-Fi 6 and 6E support to keep you connected during your gameplay sessions. In addition, it also supports mmWave and sub-6 5G. This will also come in handy for cloud gaming. It goes without saying that the exact 5G availability will depend on your region and the OEM utilizing the platform.

You get Snapdragon Sound support here, which reduces latency when paired with compatible Snapdragon Sound-enabled earbuds like Xiaomi FlipBuds Pro. Also, you get controller mapping technology to let you use the built-in controllers across some of the best Android games.

Another feature set of Snapdragon G3x Gen 1 is the option to connect to an XR viewer through a USB-C port. You can also use the USB-C port to connect your device with a 4K TV and play games at up to 144 FPS.

As mentioned above, the unit will support Snapdragon Sound featuring 4-way speakers and controller mapping. You get a DisplayPort-supported USB-C port for connecting XR accessories. Powering the developer kit is a 6,000mAh battery that supports fast charging.

Snapdragon G3x Gen1 Gaming platform is an ambitious take to cater to the profitable mobile gaming market. Combined with access to cloud games and streaming from a console or PC, the platform has the potential to be a ubiquitous solution for gamers. Of course, its success will depend on the willingness of OEMs to adopt the platform and customer interest. It will be interesting to see if devices with Snapdragon G3x Gen 1 would be able to compete against the likes of established handheld gaming consoles like Nintendo Switch. So, what do you think of this new Snapdragon gaming platform? Share your thoughts in the comments below.