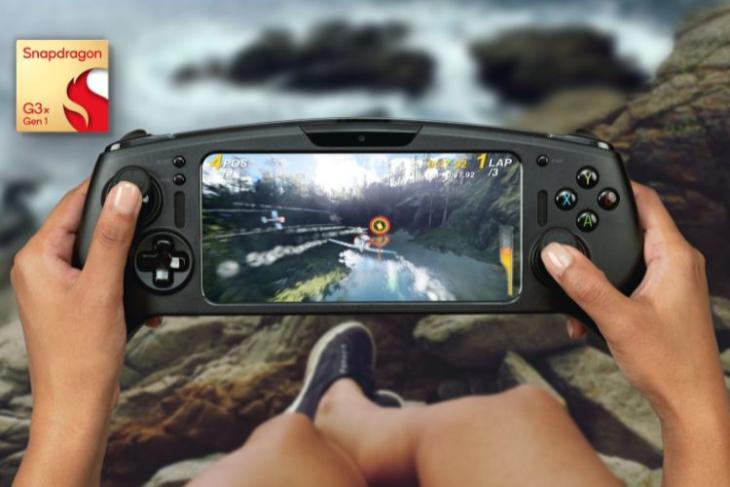 Apart from the Snapdragon 8 Gen 1 (aka Snapdragon 898) and the new compute platform chips, Qualcomm is also taking a shot at the mobile gaming sector with the new Snapdragon G3x Gen 1 gaming platform. As explained in our dedicated article linked here, you will learn that the American chipmaker looks to usher in an era of portable Android gaming. And well, to show off this future, Qualcomm has developed a handheld gaming devkit with Razer.

To demonstrate the capabilities of the Snapdragon G3x Gen 1 gaming platform, Qualcomm has partnered with Razer to develop the first Snapdragon G3x Handheld Gaming Developer Kit. It’s a handheld console device that looks similar to Valve’s Steam Deck and Nintendo Switch at first glance. It is designed to give OEMs a prototype to develop their own handheld consoles. Developers can get their hands on the developer kit starting today.

“Together, Qualcomm Technologies and Razer will lead the way with new and innovative solutions that push the boundaries of fidelity and quality available in portable gaming, transforming the way these games are experienced,” stated Razer co-founder and CEO Min-Liang Tan in an official release.

As my colleague Subin asserted in his detailed explainer, the Snapdragon G3x is an ambitious attempt to step foot into the mobile gaming space and build an ecosystem of portable Android gaming consoles. At a time went the market is already flooded with a stream of gaming-centric smartphones that offer top-of-the-line specifications, built-in cooling fans, RGB flair, and robust gaming accessories, do we need an all-in-one solution for portable Android consoles? Qualcomm surely thinks there is a niche to carve here, and it’s running out the gate with one of the biggest American peripheral makers. What is your opinion on the Snapdragon G3x gaming platform? Be sure to let us know in the comments below.