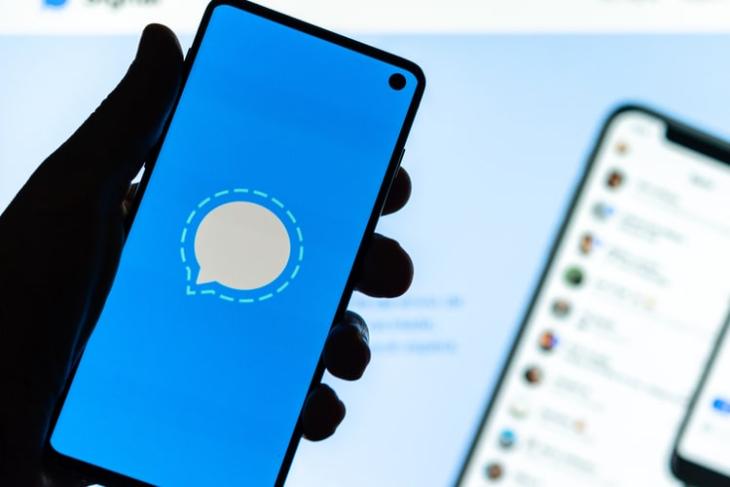 Although Signal messenger packs a ton of nifty features such as automated replies and disappearing messages, it still lacks some key features its alternatives offer. One such missing feature is the lack of a seamless migration tool to transfer accounts to a new device. So, to compete against its rivals, Signal is currently testing a new feature that lets users transfer their chats from one Android device to another.

Now, for the uninitiated, the current process of migrating a Signal account from one device to another requires a user to follow a tedious process. First, the user has to take a local backup of the Signal account, transfer it to the new device, and then restore that local backup on the new smartphone to gain access to older chats.

A recent report from TestingCatalog, however, suggests that Signal is currently beta testing a feature to ease up the process. The feature dubbed “Transfer Account” will let users transfer their Signal data to a new Android device “quickly and securely”. Moreover, it will secure the backups with end-to-end encryption much like WhatsApp’s upcoming feature.

The new Transfer Account resides inside the Chat settings page. Once initiated, it will guide the users through the process of migrating their Signal account to a new Android device. It is a simple and seamless process that works over a private local Wi-Fi Direct connection.

It is worth mentioning that the two devices need to be close to each other. Also, they should be connected to the same Wi-Fi network for the feature to work properly.

Currently, the “Transfer Account” feature is available on the beta version of Signal (v5.5.0). This means the feature is currently in the testing phase and will roll out to the general public once it is ready. You can expect it to reach your device in the coming weeks.

You can download Signal for Android and iOS right here.