You might have already heard of Signal, the secure messaging app that is capable of being a solid WhatsApp alternative. Whether you’re switching from WhatsApp or are just curious to try out Signal, here are the top features you won’t find on the platform. After finding out the missing features, you can decide if you should move to Signal or other messaging apps like Telegram.

Features Missing on Signal in 2021

It is worth noting that Signal is already working on adding some of the missing features we’ve mentioned here. We’ll update this list once they’ve added the feature. If you’re looking for what Signal has to offer, check out our article on the best Signal features & Signal tips and tricks after reading this. That said, let’s get started.

Yes, you can’t see if a person is online on Signal. You also won’t know when someone was last active on the platform. This is a neat privacy-oriented feature, but users accustomed to online status might have a hard time getting used to this approach. In a nutshell, if you’re moving to Signal in hopes of checking your crush’s last seen status, prepare yourself for disappointment.

One of the major concerns of users switching from Signal to WhatsApp is the lack of starred messages. For the uninitiated, the feature lets you bookmark important messages for quick access. Unfortunately, it is not available on Signal. As a workaround, you can forward important messages to the ‘Note to Self’ section. It may not be as convenient as starred messages, but it gets the job done for now.

After Snapchat stories and Instagram stories proved to be an instant hit, Facebook-owned WhatsApp introduced status updates in 2017. Fast forward to today in 2021, status updates are one of the most used features on WhatsApp. If you have at least 50 contacts on WhatsApp, you’re likely to see approximately 10 people posting new WhatsApp status updates every day, especially in India. While I don’t personally want status updates on Signal, the fact that Signal doesn’t have this feature might be a dealbreaker to some users moving away from WhatsApp.

Don’t get me wrong, you can share your location on Signal’s personal chats and groups. However, the ability to share the live location for a particular duration is missing from the secure messaging platform. Hence, it won’t be convenient to use Signal if you are on the move and want to keep your loved ones updated with your location in the meantime. On the other hand, messaging apps like Telegram and WhatsApp have this flexibility.

At this moment, you can’t add people on Signal unless you have their phone number. Given that Signal is touted as a privacy-friendly platform, giving out something as personal as a phone number to start a chat seems counterintuitive. However, in a recent Reddit AMA, Signal hinted at its future plans to introduce user ID system. It’ll be exciting to see when Signal rolls out the feature.

Although you can use full-fledged Signal Desktop apps on Windows, Mac, and Linux platforms, it is worth pointing out that Signal lacks a web version. Hence, you can’t use Signal from the comfort of your web browser. If you want to use Signal on your computer, you will have to install Signal Desktop.

You can’t schedule messages to be sent later on Signal. A lot of people use message scheduling on other messaging apps like Telegram as a way to send reminders, birthday wishes at 12 AM, and more. This is one feature we would love to see on Signal someday.

Chat wallpaper is yet another missing feature on Signal. However, you won’t have to wait long for getting your hands on it. Signal’s development team is actively working on rolling out this feature and you’ll soon be able to set your favorite image as your Signal chat background.

Although some third-party developers have managed to create animated stickers for Signal, the availability is limited since the feature lacks official support. That said, this is another feature that the company is working on and you could expect official support for animated stickers in the foreseeable future. Another strange omission is the option to quote messages when you send stickers.

10. Bios or About Section

Signal lacks a bio section to express yourself in a few words. The organization has acknowledged the importance of the feature among users. It is currently in the works and you should get it in the future.

If you’re coming from WhatsApp, you’ll also notice that you don’t have a payments feature on Signal. However, I didn’t mention it above since a messaging app doesn’t necessarily have to offer payments feature. In case you’re looking for a platform that has all the features listed above (except status updates), you should consider moving to Telegram and go through the best Telegram tips and tricks while you’re at it.

How to Enable Two-Factor Authentication (2FA) on Signal

20 Best Useful Features of Signal App You Should Know

How to Back Up and Restore Signal Chats on Android

How to Switch from WhatsApp to Signal

18 Best Signal Tips and Tricks You Should Know
Partner Content 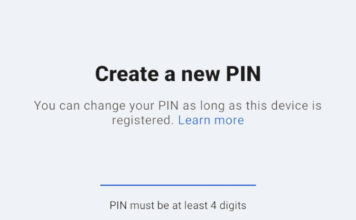 How to Enable Two-Factor Authentication (2FA) on Signal

As we concluded in our comparison between WhatsApp vs Signal vs Telegram, Signal is a highly secure messaging service that offers a number of...
Arjun Sha - Jan 13, 2021 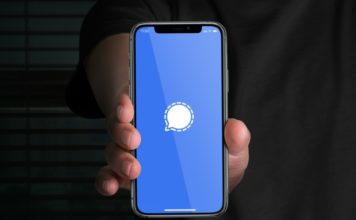 20 Best Useful Features of Signal App You Should Know

Signal is one of the most secure messaging platforms you can use to text your friends and family. If you recently moved or are...
Subin B - Jan 13, 2021 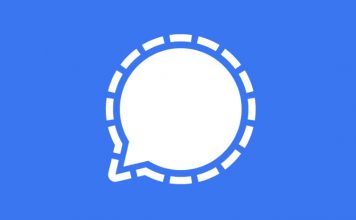 How to Back Up and Restore Signal Chats on Android

With all the controversy surrounding WhatsApp's new privacy policy, if you're one of the many people jumping ship to Signal, first off, welcome! Now,...
Akshay Gangwar - Jan 12, 2021 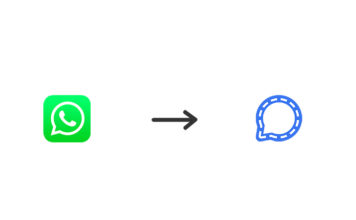 How to Switch from WhatsApp to Signal

18 Best Signal Tips and Tricks You Should Know

Signal doesn’t have a comparable user-base when pitted against the likes of Facebook and even, Telegram. But it brings something very fundamental to conversations: Privacy. ...
Arjun Sha - Jan 11, 2021

You might have already heard of Signal, the secure messaging app capable of being a solid WhatsApp alternative. Whether you’re switching from WhatsApp or are just curious to try out Signal, here are the top features you won’t find on the platform.