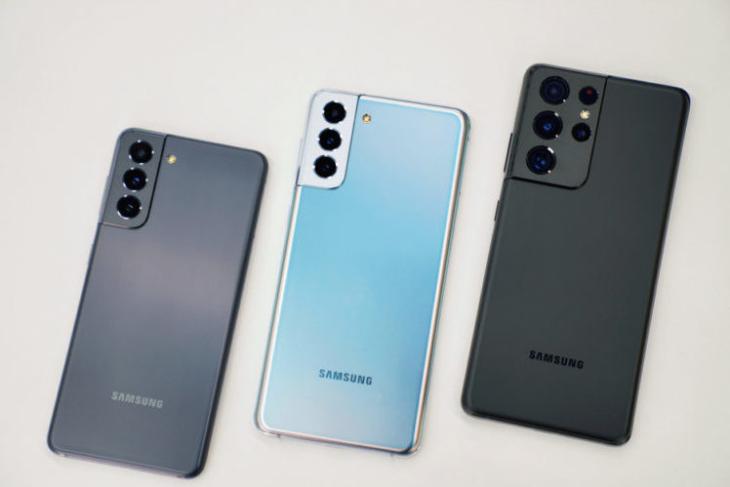 With the launch of the Galaxy A52 and A72 mid-rangers out of the way, we cannot help but wonder what Samsung has in store for us next. Well, reputable tipster Evan Blass (@evleaks) has now shared Samsung’s product launch roadmap, spanning from now to August. It reveals a ton of product launch timelines which the company will follow in 2021.

As per the leaked roadmap, the next Samsung Unpacked event is scheduled for April 14. It will reportedly focus on PCs and more specifically Galaxy Book laptops. The company is set to launch the next iteration of the previous Galaxy Book S which it launched last year. Blass also says that there is a good chance of new Chromebooks being announced at the event.

In June, we will see the Galaxy Tab S7 Lite make its debut but the exact launch date is yet to be decided. A Geekbench listing from last month revealed that the budget tablet is likely to run on Snapdragon 750G chipset.

In July, we might see another budget-centric 5G-enabled Galaxy A-series phone – the Galaxy A22 5G. It is rumored to sport a 48MP main camera and a 13MP selfie camera. The device is also expected to sell for KRW 200,000 in South Korea, which is roughly Rs 12,899. According to Blass, the Galaxy A82 5G is also expected to launch around the same time and will boast a dual-use camera module.

The last and probably the most anticipated launch on the roadmap is set for August 19. This is for a FE Unpacked event. So, it is very likely that we will get the successor to last year’s Galaxy S20 FE and it might be called the Galaxy S21 FE. We do have some leaked info on the smartphone. It will be offered in 128/ 256GB storage variants and come in White, Gray/Silver, Pink, and Violet color options.

Going forward, as the events unfold, we will see how true these speculations are. Until now, we have seen the launch of the Galaxy A32, A52, and A72 as scheduled. So this suggests that there is a high chance that the leak is authentic.