Skip to content
Home News Samsung Brings Some Galaxy S20 Features to Galaxy A71, A51 with New Update 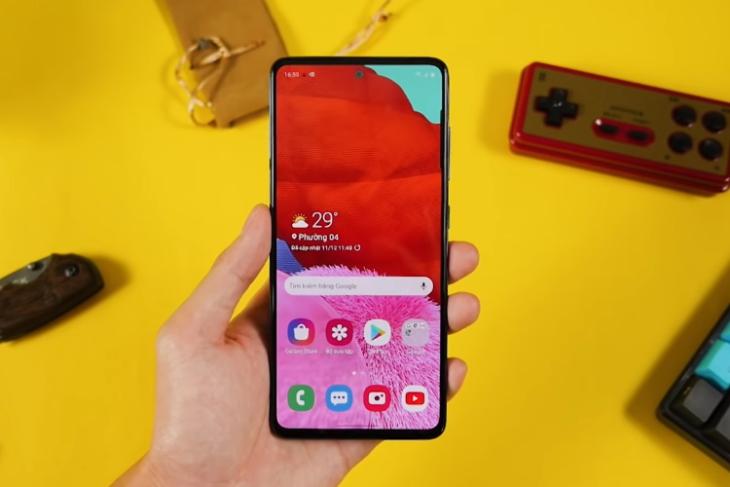 Samsung is rolling out a new software update to its Galaxy A71 and Galaxy A51 smartphones. The update brings many of the best Galaxy S20 camera features and new sharing options. It also brings additional Keyboard and Gallery functionalities. Some of these features were rolled out to the Galaxy S20 as part of the One UI 2.1 update. They weren’t, however, available on the A51 following its One UI 2.1 update earlier this year.

The incoming update brings several ‘Pro Mode’ functionalities from the Galaxy S20 camera app to the two A-series devices. This includes Manual Focus and Shutter Speed control. “These features give users more control when capturing photos and videos so they can have total command over their shooting experiences”, the company said on an official blog post.

The update also brings a feature called ‘Single Take’. It enables users to capture up to 10 seconds of footage with a wide range of modes, including Live Focus, Smart Crop, video and AI filter. The update also brings a time-lapse functionality that Samsung calls ‘Night Hyperlapse‘. There’s also more personalization options with features like ‘My Filters’. It lets users create their own personal image filters using existing images in their camera roll.

The update also brings the ‘Quick Share‘ and ‘Music Share’ features that were originally available only on the S20-series. Both are Bluetooth features that let users share media files with their friends who are close by. Finally, the update is also adding a few tweaks to the Keyboard and the Gallery apps. According to the company, the features are designed to make users’ day-to-day interactions with their smartphones as convenient as possible.