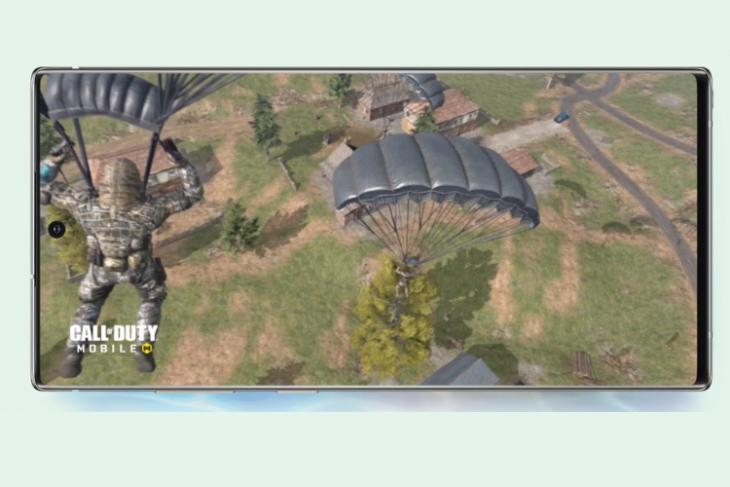 Samsung’s Note lineup is renowned for its myriad of productivity features, but the Korean giant always touts the gaming capabilities of its flagship as well. Last year, Galaxy Note 9 launched with Fortnite out-of-the-box to offer battle royale fiends another reason to get a new Note device over any other smartphone. Well, Samsung is following a similar strategy this time around and is offering “Call of Duty: Mobile” pre-installed on the Galaxy Note 10 and Note 10 Plus.

Anyone who purchases the Galaxy Note 10 or Note 10 Plus will get exclusive access to Call of Duty: Mobile, which not only gives you the much-loved Team Deathmatch mode but also access to the Blackout battle royale mode as well. The game, which we reviewed on our YouTube channel earlier this year, is quite optimized for mobile devices. It brings a known and iconic character, i.e Captain Price, in tow as well to hit you with that nostalgic sucker-punch.

Though Samsung is bundling this mega-popular game on its flagship lineup, it’s unclear whether Call of Duty: Mobile will be available in all regions. This is because the title has presently been launched only in a handful of regions and India isn’t one of them. We will have to wait to get our hands on an Indian unit to confirm the same.

In addition to this fledgling mobile game, Samsung has also joined hands with Discord to integrate its messaging service (popular among gamers) into its Game Launcher app. It’s yet another handy integration that saves you from installing another app on your Note 10. It also makes it easier to communicate with your friends while you’re playing Call of Duty and PUBG Mobile, allowing you to focus on the game instead of setting up voice channels.