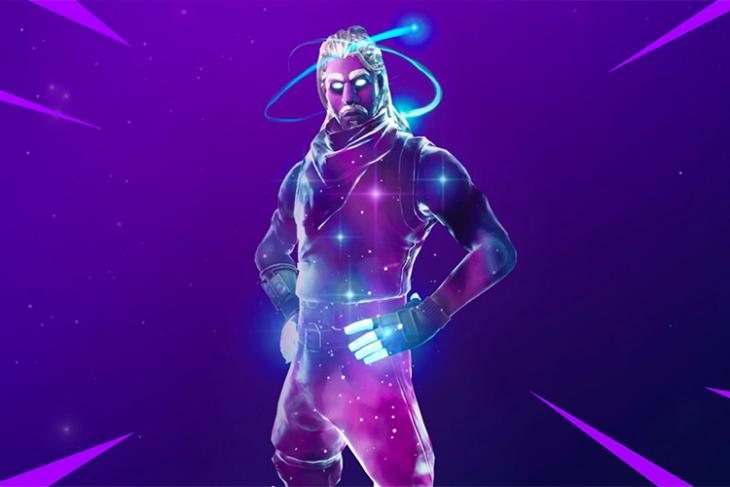 Fortnite for Android launched as a beta alongside the new Galaxy Note 9 earlier this month, and to increase people’s interest in buying the brand new Galaxy flagship, Samsung and Epic Games announced a bunch of offers for people playing the game on the Note 9.

Most exciting among those exclusive offers perhaps, was the new ‘Galaxy’ skin which remains exclusive to people who have played the game on the Galaxy Note 9. That leaves out a bunch of Fortnite players who won’t get the skin because they don’t have the Note 9. However, Fortnite players are nothing if not creative, and recently reports have started coming in that players have been using the demo units at stores to unlock their Galaxy skins.

Turns out, all you need to do to unlock the awesome looking new skin is to play three games of Fortnite on the Note 9, and within 24-48 hours you’ll get the skin in your locker. So people have been using demo units to play the required number of games and receiving their skins.

It’s pretty ingenious if you think about it, but Samsung sure doesn’t think so. The company has already put up notices at stores informing users that demo units will no longer be able to download Fortnite. Also, since one device can only receive one skin, players were anyway trying their luck.

While I fully understand Samsung’s reluctance to let players unlock the exclusive skin using demo devices, it’s sort of hilarious that the company is running into this problem. What’s more, people have started figuring out methods to get around this restriction as well by using their mobile hotspots to download the game instead of using the store’s WiFi.