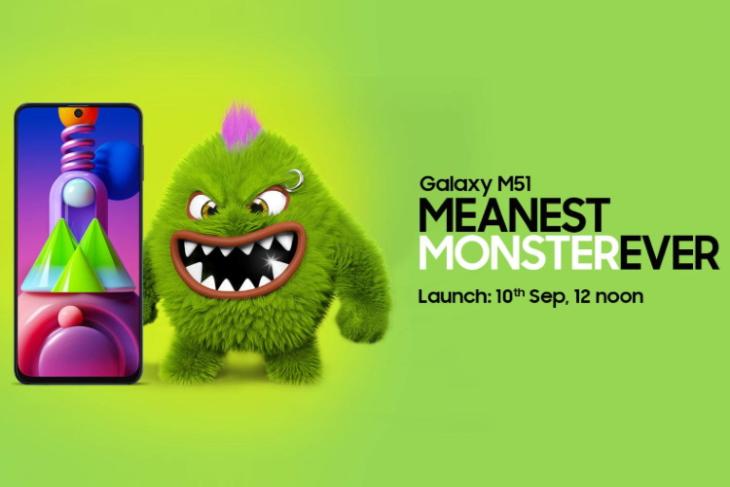 Samsung has been teasing the launch of the Galaxy M51 in India for quite some time now. And, it decided to quietly make the smartphone official in Germany a couple of days ago. The Korean giant is now set to bring this device to India and selected 10th September as the launch date.

The Samsung India Twitter account shared the India launch date for the Galaxy M51 earlier last night, as you can see below. The Amazon India listing for the smartphone has also been updated to reflect the 10th September launch date. It also gives a close look at the design, both the front panel with its Infinity-O display and the rear with a rectangular quad-camera array.

The Amazon listing also teases some of the major features of the Galaxy M51. But, we already know the entire specs sheet of the device as it went official earlier this week. 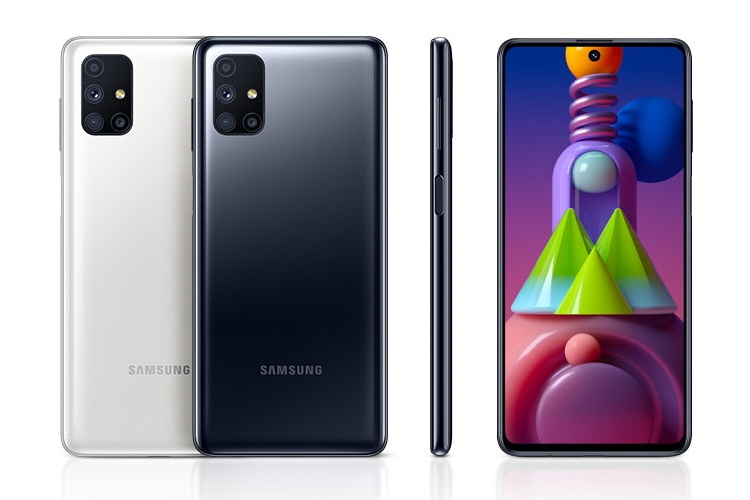 The quad-camera array on the rear includes a 64MP (f/1.8) primary camera, a 12MP ultra-wide camera with a 123-degree FOV, a 5MP portrait camera, and a 5MP macro camera. A 32MP selfie snapper is also baked into the center punch-hole on the front.

The key highlight of the Galaxy M51 is, however, the monstrous 7,000mAh battery onboard. Samsung also offers 25W fast-charging to make it possible for you to quickly juice up this massive battery.