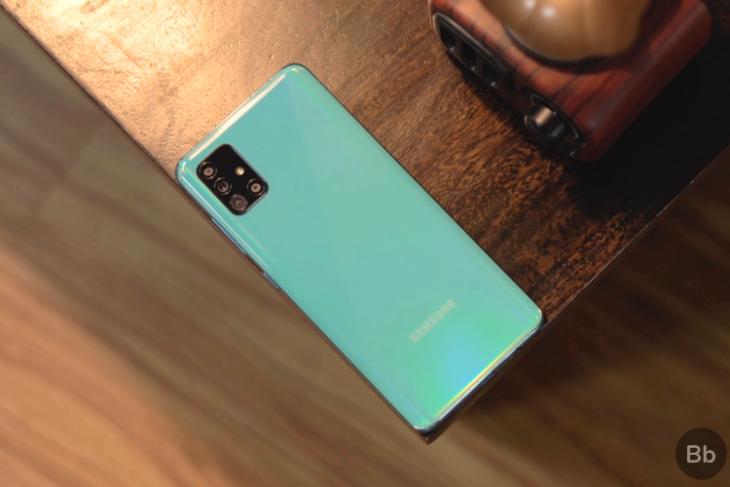 Samsung has reportedly started working on two new devices with model numbers SM-M515F and SM-M317F, presumably the Galaxy M51 and Galaxy M31s. According to Sammobile, the handsets are being developed with 128GB of internal storage, although a 64GB variant may be launched later, especially for the latter.

Although specifications of the Galaxy M51 are not known yet, there are rumors suggesting that it could be a rebranded Galaxy A51 with a slight bump in the internals and minor design changes.

Moreover, renders from popular leakster @OnLeaks hints that the Galaxy M51 could have a 6.5-inch flat display with a punch-hole selfie camera. The handset is said to measure 162.6 x 77.5 x 8.5mm. There could be a physical fingerprint scanner at the rear, a 3.5mm headphone jack, and a USB-C port in the device.

Coming to Galaxy M31s, not much is known about the handset expect that it would feature 128GB of internal storage. We will have to wait until further leaks or Samsung’s official announcement to learn more regarding both of these devices. Either way, since all the aforesaid information cannot be verified at this moment, we would recommend you take it with a pinch of salt.