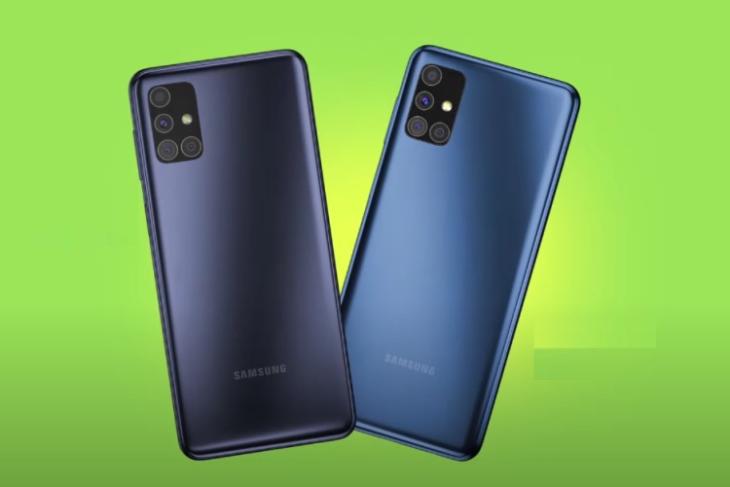 Samsung had been teasing its next M-series smartphone, the Galaxy M51, in India for the past couple of weeks. It first unveiled the phone in Germany earlier last week and has now finally launched the Galaxy M51 in India today. The highlight of the Galaxy M51 is its monstrous 7,000mAh battery pack, coupled with a Snapdragon 700-series chipset, 64MP quad-cameras, and more.

Galaxy M51 has been priced at Rs. 24,999 for the 6GB+128GB base variant while the higher-end 8GB+128GB variant has been priced at Rs. 26,999 in India. It will be available to buy in two color variants – Celestial Black and Electric Blue. The device will go on sale starting from September 18 on Samsung’s website and Amazon India.

The device features a polycarbonate build, with a rectangular quad-camera cutout on the rear, a side-mounted fingerprint sensor that doubles as the power button, and an AMOLED display with a centered punch-hole cutout on the front.

The Galaxy M51 features a 6.7-inch Full-HD+ Super AMOLED panel with a 20:9 aspect ratio and 2400 x 1080 pixels resolution. It boasts a standard 60Hz refresh rate instead of the higher refresh rate supported by other phones, such as OnePlus Nord in this price bracket. The punch-hole at the top houses a 32MP selfie camera.

Under the hood, Galaxy M51 is powered by the Snapdragon 730G chipset and not the Exynos 9611 chipset that’s found aboard most of its mid-range offerings. This is paired with up to 8GB of RAM and 128GB of storage, expandable up to 512GB via a dedicated microSD card slot. The device runs Android 10-based OneUI Core 2.1 out-of-the-box. 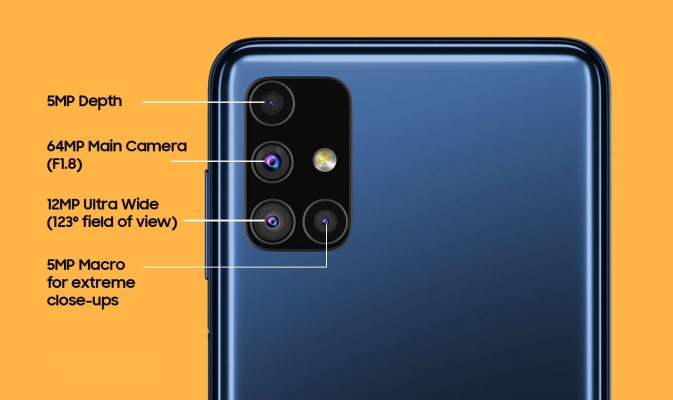 The major attraction of the Galaxy M51 will have to be the 7,000mAh battery pack though. It’s a step up from the huge 6,000mAh battery pack that was already present aboard its phones. Samsung also offers 25W fast-charging with this device, which is awesome. You will find a USB Type-C port, 3.5mm headphone jack, Bluetooth 5.0, NFC and Wi-Fi 802.11ac to round up the connectivity options.