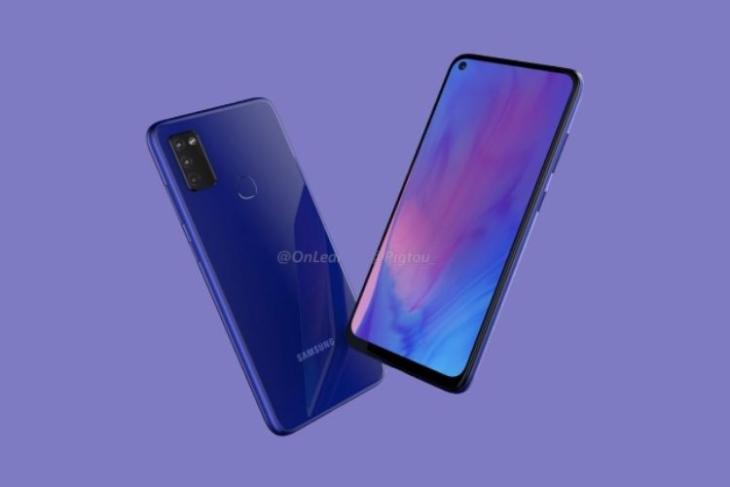 Samsung is rumored to have been working on the Galaxy M51 for a really long time now. We’ve come across some of its specs online over the past four-odd months. But today, more details for this mid-range phone have popped up online. And you would certainly be amazed to know that Galaxy M51 could be the first-ever phone with a 7,000mAh battery pack.

As per the leaks combined by a Twitter user, Galaxy M51 will feature a 6.67-inch Full-HD+ AMOLED display with a punch-hole cutout at the top left. It looks the same as the Galaxy M40 on the front. Ross Young, the CEO of Display Supply Chain Consultants, has been cited as the source for the display specifications.

It’s expected to be powered by the Snapdragon 730 chipset, as per today’s leak. A few reports in the past suggested that it will bake the Snapdragon 675 chipset under the hood. Galaxy M51 is already said to have emerged on Geekbench with model number SM-M515F and 8GB of RAM onboard.

Samsung already packs in a 6,000mAh battery in some of its Galaxy M-series budget phones. It is now taking a small leap and could pack an even bigger 7,000mAh battery under the hood. I’m interested in seeing the thickness and in-hand feel of the Galaxy M51. This huge battery will be coupled with 25W fast-charging, further sweetening the deal.

As for the cameras, Galaxy M51 is said to arrive with a rectangular triple camera setup. It will most likely feature a 64MP primary sensor, a 12MP ultra-wide lens, and a depth sensor to complete the package. While the offering looks attractive, we do suggest you take these leaks with a grain of salt.

Galaxy M51 is expected to launch globally very soon. A support page has appeared on the company’s Russian website, hinting at its imminent arrival. It will make its way to India very soon, all set to take on the sub-Rs. 30,000 phones from renowned Chinese phone makers.