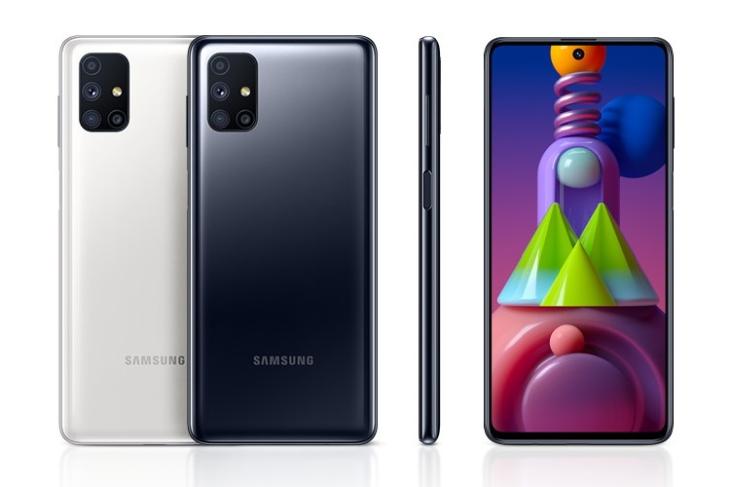 Samsung has been teasing the launch of its upcoming M-series smartphone, the Galaxy M51, in India for the past week. We still don’t have an official launch date but Samsung has jumped the gun and quietly launched the Galaxy M51 in Germany. Yeah, it has gone official (via Twitter/MaxJmb) first in Germany with Snapdragon 730 chipset, 64MP quad-cameras, and a humongous 7,000mAh battery as rumored.

Galaxy M51 boasts a glossy back panel in shiny white and black colorways. You get a modern design with a rectangular camera cutout, a side-mounted fingerprint sensor, and a punch-hole cutout for the selfie camera on the front.

The smartphone sports a 6.7-inch Full-HD+ Super AMOLED Infinity-O display with a 20:9 aspect ratio and 2400 x 1080 resolution. It is the same size panel as the Galaxy Note 20 that made its India debut just weeks ago.

Galaxy M51 is powered by an unknown octa-core processor, as per the product listing, but it’s rumored to be the Snapdragon 730 chipset. You will also find 6GB of RAM and 128GB of built-in storage, expandable up to 512GB using a microSD card. It runs Android 10-based OneUI 2.5 out-of-the-box. 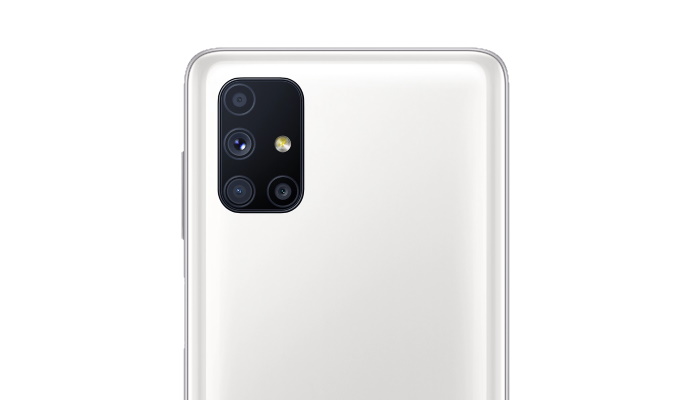 As for the quad-cameras on the rear, you will find a 64MP (f/1.8) primary camera, a 12MP (f/2.2) ultra-wide camera with a 123-degree FOV, a 5MP depth camera, and a 5MP macro camera. The center punch-hole on the front houses a 32MP selfie camera, as revealed by previous leaks.

The highlight of the Galaxy M51 will, however, have to be the monstrous 7,000mAh battery pack. This battery size would be more than enough to last you two days on a single charge. Samsung also offers 25W fast-charging with this device, which is great.

Galaxy M51 is currently up for pre-order in Germany at 360 euros (~Rs. 31,400) for the single 6GB+128GB variant. We can expect the India price of the device to be lower — at around Rs. 25,000, which appears to be perfect for the bezel-less display, gaming chipset, and a massive battery. Does this smartphone meet your expectation? Let us know in the comments below.