Skip to content
Home News Samsung Galaxy A9 First Impressions: Quad Cameras, But Not Much More 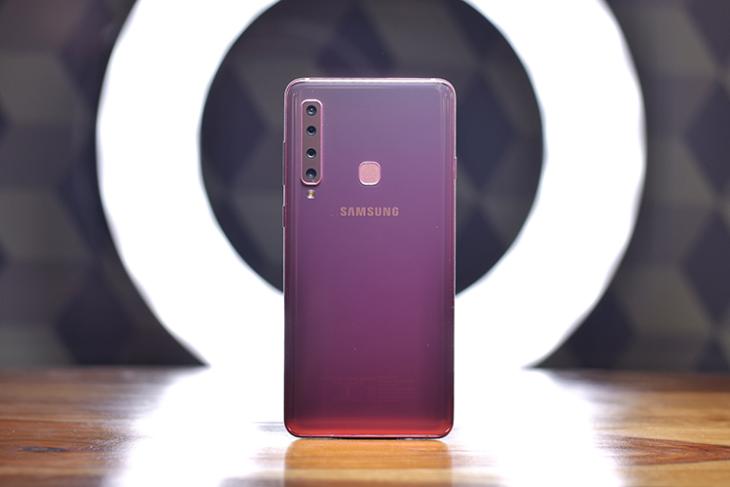 We’re setting our foot into an era where smartphones are getting more and more capable in terms of photography. While a dual camera setup is what we get to see on most smartphones these days, companies like Huawei and Samsung have been stretching their wings out further and have launched smartphones with triple cameras.

And now, Samsung has taken a leap further, accomplishing another industry-first of debuting a smartphone with four cameras on the back. The Samsung Galaxy A9 was showcased last month and will be available in India from November 28. 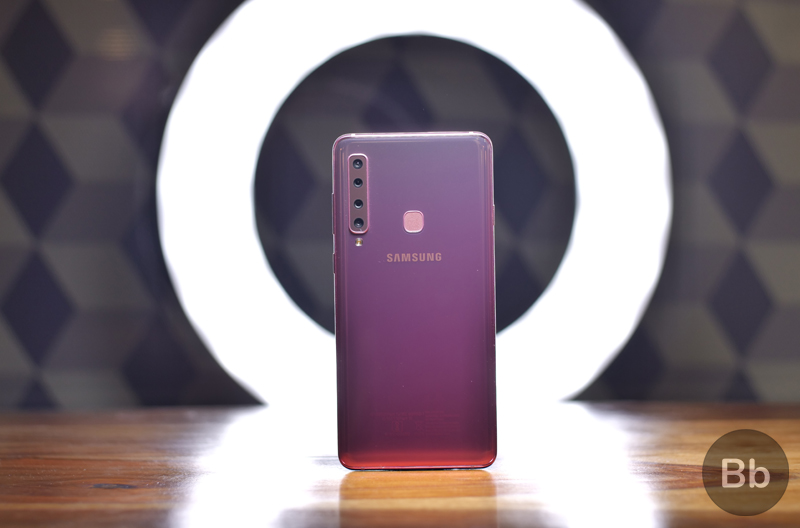 The Galaxy A9 has been launched in India for a price of Rs 36,990 and we were able to get an early preview of the device. So these are our first impressions of the device and let’s start by taking a look at the specification of the device.

Here’s a look at the specifications that the new Galaxy smartphone features:

From the front, the Galaxy A9 looks like any other Samsung smartphone with a boxy design that appears to be a hybrid between the Galaxy S9+ and the Note 9. For once, we get striking bright colors instead of just black or grey. 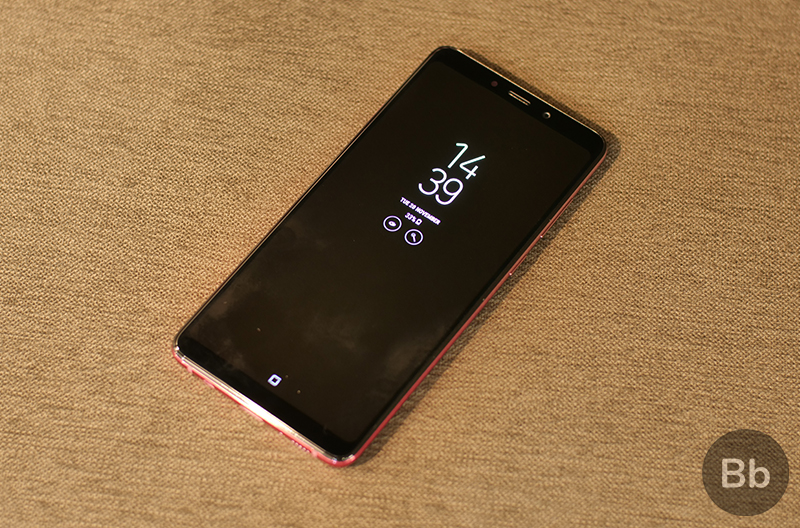 We got to use two of three colors i.e the Bubblegum Pink and the Lemonade Blue, and while I’m not feeling blown away, I’m surely intrigued by the Samsung’s efforts to break away from the plain colors of past phones.

The quad camera setup is obviously the first thing you will notice. Besides the colors, the design of the back is fairly standard with no real noteworthy feature. 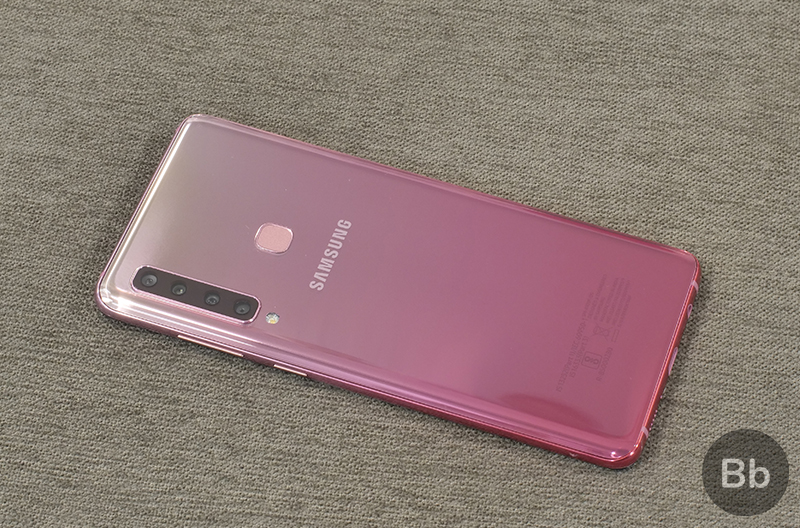 That is slightly disappointing, seeing that the phone competes with the OnePlus 6T which has a much more premium design and not everyone will like the pink color.

On the front is a 6.3-inch Full HD+ “Infinity” Super AMOLED display. As expected from any display panel from Samsung, this is well-lit, bright, and highly saturated. The display has a wide range in terms of brightness and text is usually crisp. 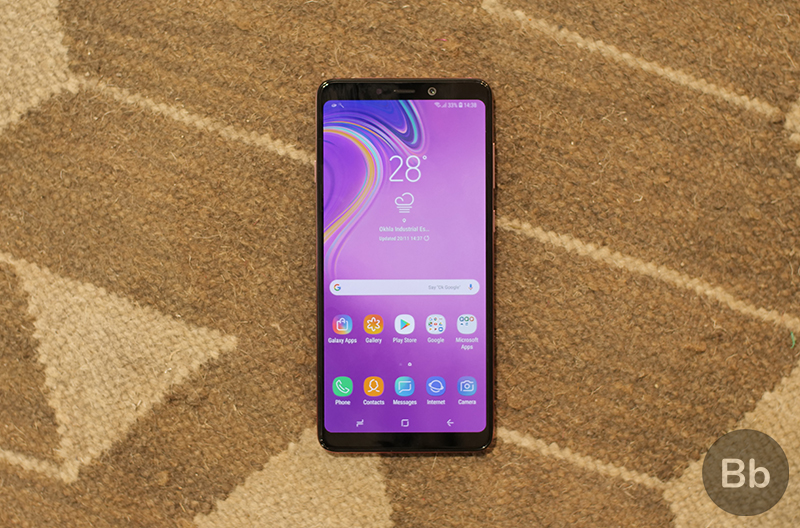 At the bottom of the Always On Display is the software home button, which can be used to turn the display on with a double tap.

Samsung is still shy of the notch, which results in thicker bezels than the competition, especially on the top and bottom. That is something that makes the Galaxy A9 look like it’s from 2017, but again there’s no notch ruining the symmetry. 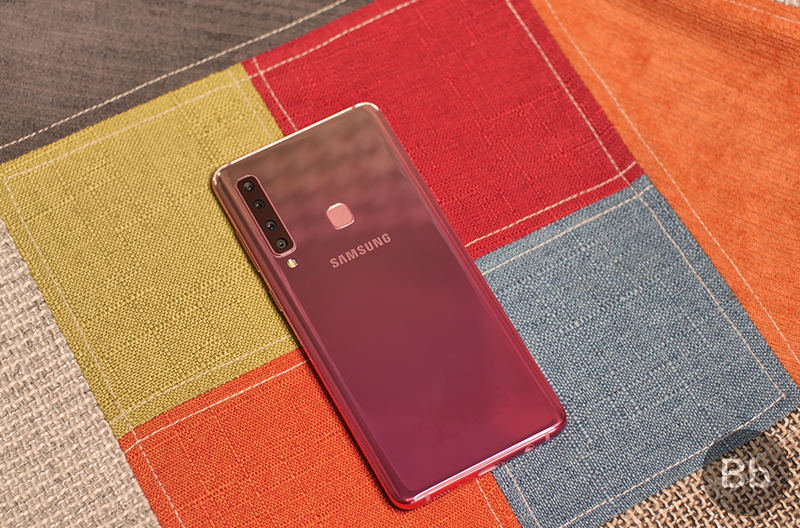 Another issue that I have come to notice with the A9 is that it feels gigantic in my average sized hands. Lastly, the fingerprint sensor area seems small, when comparing it to the phone’s large back. , and while I haven’t tested it extensively, it did give me some trouble during initial setup and usage.

The cameras on the Samsung Galaxy A9 are undoubtedly the highlight. Breaking it down for you, the quad camera setup consists of – from top to bottom – an 8-megapixel wide-angle lens, a 10-megapixel telephoto lens with 2X zoom, the 24-megapixel primary sensor, and lastly a 5-megapixel depth sensor.

The rear camera is powerful and promising. It does a great job in most lighting conditions. Take a look at some of the shots we clicked using the Samsung Galaxy A9’s rear camera:

Here’s a telephoto shot with standard and 2X optical zoom.

The Galaxy A9 also does fairly well when clicking selfies but I would not call it as impressive as the rear camera. The 24-megapixel front camera is also capable of wide-angle selfies but instead of using a dedicated sensor, the A9 lets you take panoramas using the selfie camera. 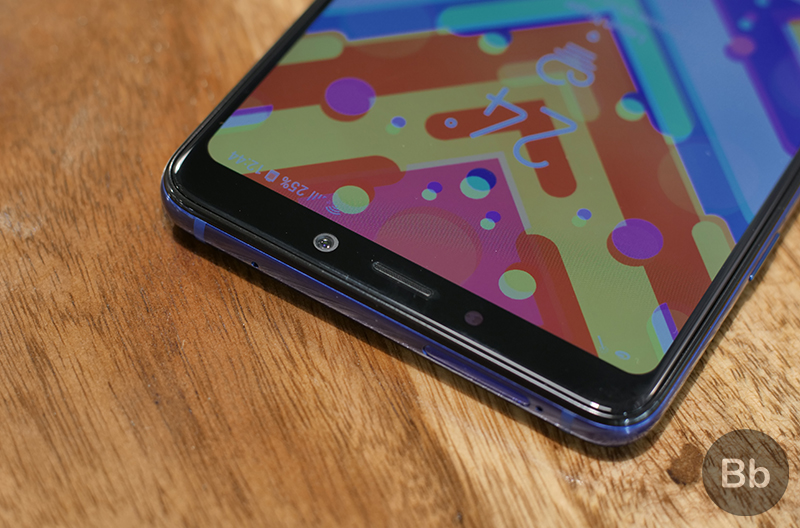 Here are a handful of selfies that we took:

In terms of the internal components, the Galaxy A9 does not seem spectacular or surprising in any sense. For a price at which Snapdragon 845 is a possibility, Samsung has gone with the less-powerful Snapdragon 660. 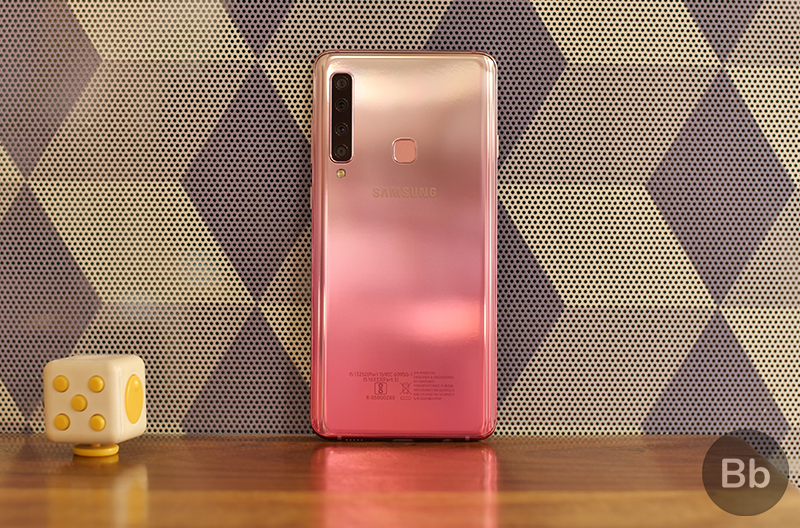 The big reason for this is the cost of making the phone, and Samsung presumably didn’t want to cut down on its margins by going with the 845. With the influx of flagship killers and killers of flagship killers, Samsung might have a hard time justifying these specs and the price.

You get 6GB or 8GB of RAM and 128GB of storage. Besides that, you get a dedicated MicroSD card slot for up to 512GB of added storage.

In terms of software, the Samsung Galaxy A9 gets Android Oreo 8.0 with Samsung Experience 9.0. This interface is what we see on every other Samsung smartphone and seems to be a midway between stock Android and a heavy custom ROM such as MIUI or EMUI.

I’m not exactly a fan of this interface because I don’t like the bloatware. Although Samsung has cleaned up the interface significantly since the disastrous TouchWiz UI, the current  Samsung Experience is still far from minimal, which is what I prefer on my smartphones.

Samsung’s upcoming Android Pie update and One UI might improve things, but I’m yet to try out personally to be able to comment on how it would affect the user experience. There’s also a question of whether this phone will get One UI at all.

Samsung Galaxy A9: Price and Availability

The Samsung Galaxy A9 has been launched in India and will be available via major e-tailers including Amazon, Flipkart, Paytm Mall, Airtel Online Store, and Samsung’s online store as well as major players in the offline segment from November 28 onwards. The wide availability gives the Galaxy A9 an edge over the major competitor – OnePlus 6T (starts at Rs. 37,999), which is only available via Amazon India. 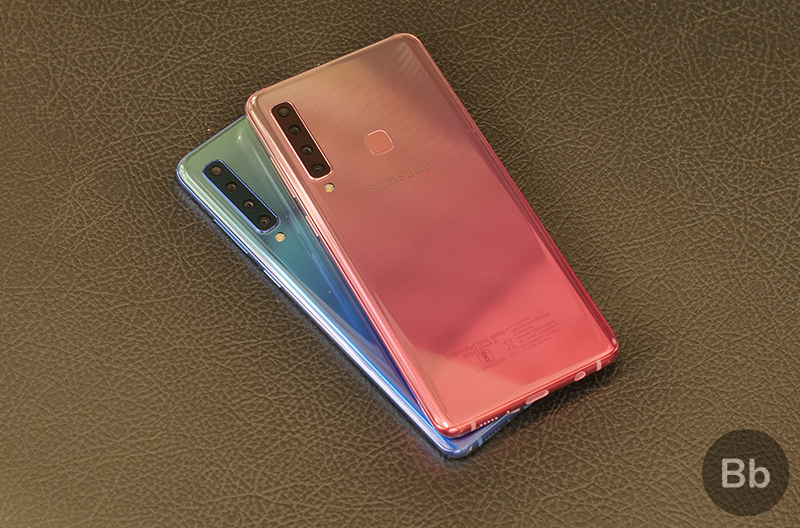 While the four cameras on the back obviously generate a lot of curiosity, we’re not sure if the mid-segment processor and the ordinary design adds to that appeal.

While the 6GB variant is priced at Rs 36,990, the 8GB variant comes at Rs 39,990 and the pressure for justifying this high price comes on the shoulders of the quad cameras, so they better take amazing photos without too many complex settings. We will obviously be putting the cameras through our rigorous testing process for the full review. Stay tuned for that one.