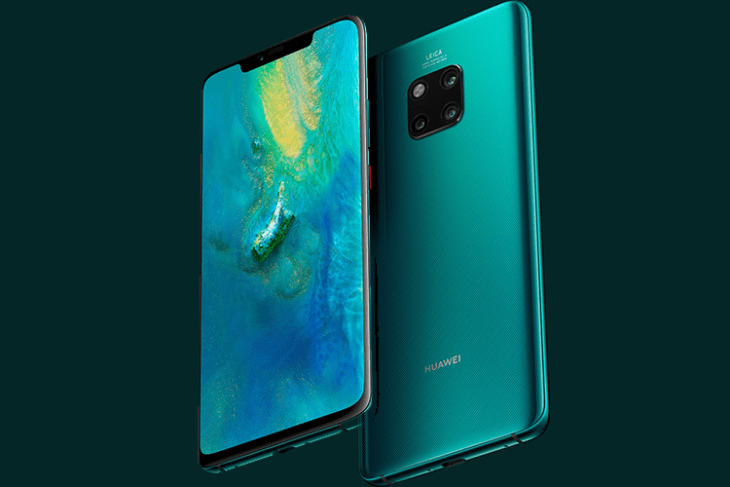 Huawei has unveiled the Mate 20, Mate 20 Pro, and Mate 20X in London, its next-gen flagship phones with the all-new HiSilicon Kirin 980 SoC.

The phone has a massive 4,000mAh battery. Further, the smartphone has Huawei’s proprietary facial recognition technology, and a 3.5mm headphone jack, which is not present in the Mate 20 Pro.

Here are the key specs of the Mate 20:

Unlike the Huawei Mate 20, the Huawei Mate 20 Pro will have a smaller display at 6.39 inches, but with a QHD+ (1440×3120 pixels) resolution. And this one is an OLED display. You get the same Kirin 980 SoC along with 6GB RAM and 128GB inbuilt storage. The Mate 20 Pro is also the first phone to support Huawei’s proprietary “Nano Memory Card”, which enables storage expansion up to 256GB.

Unlike the Mate 20, the Pro version gets an under-display fingerprint scanner. Further, it will have a larger 4,200mAh battery along with support for SuperCharge 2.0, that will supposedly charge the phone to 70 percent in just 30 minutes.

The front camera module consists of a VSEL sensor with 3D Depth Sensing, which projects over 30,000 points on your face to identify and unlock the phone.

In terms of connectivity, it has support for high-speed LTE access, NFC, Bluetooth v5.0, and Gigabit WLAN along with dual-band support. The Mate 20 Pro comes with a dual-SIM slot where one of the slots can take in the NM Card or a nano SIM.

Here are they key specs of the Huawei Mate 20 Pro:

Huawei also launched a Porsche Design Mate 20 RS, which features a leather back and similar specs to the Mate 20 Pro, with an under-display fingerprint sensor.

Huawei Mate 20 has been priced starting at 799 euros for the 4GB/128GB variant, with the Mate 20 Pro at $1049. Both phones will be available in five colors, including the much-praised Twilight shade that launched with the P20 Pro.

The company has not announced the India availability of the phones. Huawei usually has a separate launch event for India, just as we saw with the P20 Pro and we will bring you more about the phones in the next few weeks leading up to the launch.