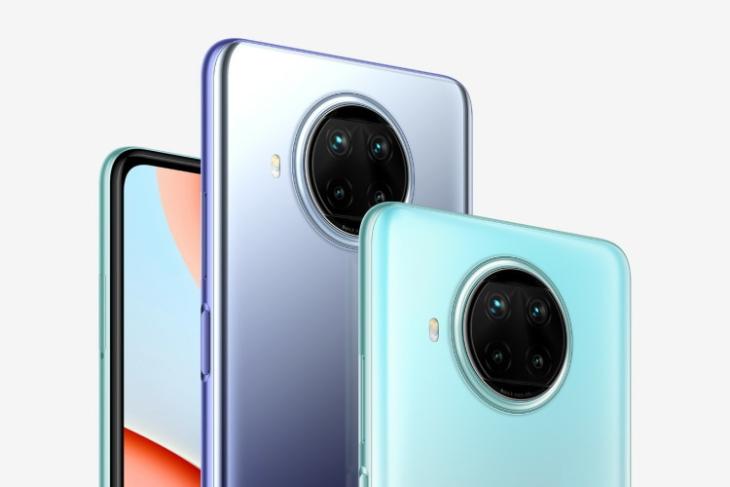 Xiaomi made the announcement via an official Weibo post. It shared a teaser poster that shows off the design of the Redmi Note 9. It falls in line with recent rumors and seems to be a rebadged Mi 10T Lite (of course, with minor changes under the hood) that launched in Europe earlier this year.

Though the teaser poster does not carry the 5G moniker, we believe the smartphones will support 5G connectivity. My best guess is that Xiaomi is bringing the Redmi Note 9 series to China later than usual to offer 5G to a wider audience. And the leaks point towards the same as well. 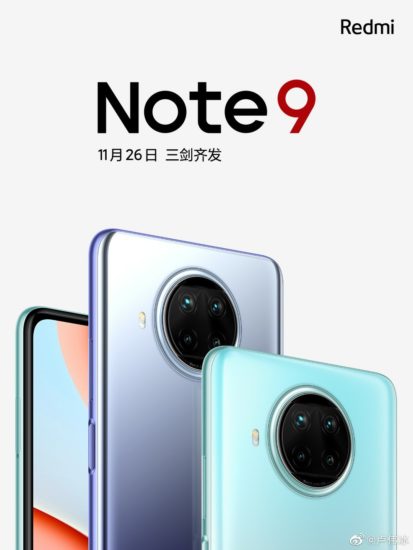 Taking a brief look at the design before we talk specifications, you will find a circular camera system (possibly a 48MP primary lens) on the rear. There’s a side-mounted fingerprint sensor and possibly, a centered punch-hole selfie sensor on the front as well. The color variants also seem to be the same as the Mi 10T Lite.

As for the specifications, Redmi Note 9 5G is rumored to arrive with the MediaTek Dimensity 800U chipset under the hood. It is the same chipset that recently came baked into the Realme 7 5G in Europe. The Redmi Note 9 Pro 5G, on the other hand, will come equipped with the Snapdragon 750G chipset – the same as Mi 10T Lite. You will also find up to 8GB RAM and 256GB built-in storage.

The Redmi Note 9 series for China appears to be a more well-rounded offering when compared to India’s Note 9 series. It skipped on the high refresh rate display and 5G support in India. We can look past the latter as India does have 5G infrastructure just yet. The former could have made the Redmi Note 9 series the go-to phone against the Realme 6 or Realme 7 series in India.

Xiaomi to Unveil Mi 10i, a Rebranded Redmi Note 9 Pro 5G, in India on 5th January