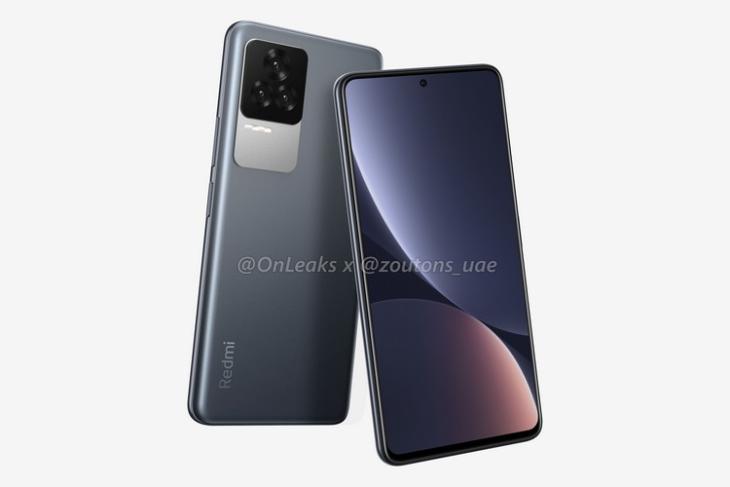 Xiaomi recently launched the Redmi K50 Gaming Edition in China and is now all set to expand its Redmi K-series with the launch of the phone’s siblings: the Redmi K50, K50 Pro, and the K50 Pro+. Ahead of the official launch, which hasn’t been announced yet, high-quality renders of the Redmi K50 Pro have leaked online, showing its design in full glory. Let’s check them out right now!

The high-res renders of the Redmi K50 Pro 5G come from reputable tipster Steve H. McFly, aka OnLeaks (via Zoutons AE). The device has a rear camera design similar to the Vivo X60. But, it is different from the Redmi K50 Gaming Edition. The front has a center-placed punch-hole camera. You can check out the render right here.

Earlier this month, we saw Redmi’s General Manager Lu Weibing share a post on Weibo, confirming the launch of the Redmi K50 series. It was possibly just for the Gaming Edition variant, though. There is no information on the launch timeline of the standard variants as of now.

While we don’t have official details, the Redmi K50 Pro is expected to sport a 6.6-inch flat display. Although, there’s no word on which display panel will be used and if it will support a high refresh rate. It is also likely to have triple rear cameras, including a 64MP primary lens, along with two other cameras. The phone is also slated to be powered by the Snapdragon 8 Gen 1 chipset and run Android 12-based MIUI 13 out-of-the-box.

Moreover, both the K50 Pro models are expected to support 120W fast charging tech. but the standard one could have slower charging speeds.

We expect more information about the devices to surface ahead of their official launch date, which will also be revealed soon. So, stay tuned for further updates and let us know your thoughts on the Redmi K50 series in the comments below.