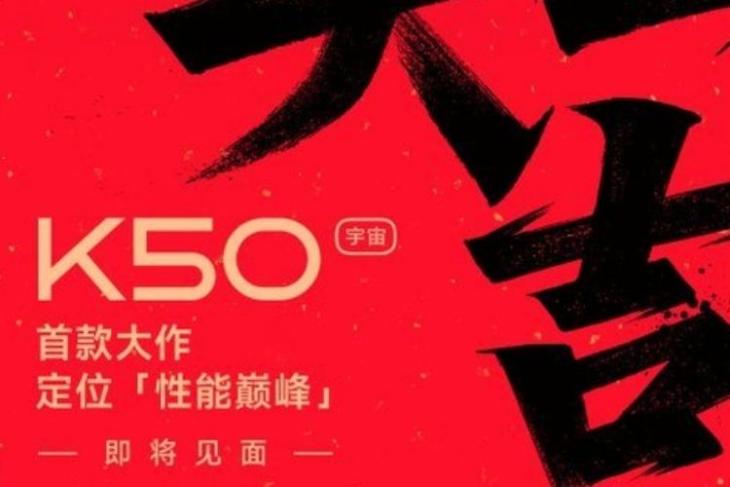 Xiaomi is expected to introduce the Redmi K50 series for a while now but there weren’t any confirmed details available regarding its launch. Now, Redmi’s general manager Lei Weibing has confirmed that the Redmi K50 series will launch in China soon, and that could happen as soon as this month. Here are the details.

Lu Weibing, via a post on Weibo, has teased the arrival of the Redmi K50 series. The series, which will succeed the Redmi K40 lineup, is expected to comprise the Redmi K50, the K50 Pro, the K50 Pro+, and the K50 Gaming Edition. The teaser hasn’t revealed the exact launch date. However, it is rumored to launch before February 25.

As for what to expect, we have seen multiple rumors in the past. It is suggested that the vanilla Redmi K50 model will fall in the mid-range category and might be powered by a Qualcomm Snapdragon 870 chipset and could support 67W fast charging.

The K50 Pro and the K50 Pro+, on the other hand, are expected to be powered by a MediaTek SoC, most likely the Dimensity 8000 and the Dimensity 9000, respectively. Both of them are expected to support 120W fast charging. A Redmi K50 Gaming Edition might also launch and could be powered by the latest Snapdragon 8 Gen 1 mobile platform and might also get support for 120W fast charging.

All four models are expected to feature an AMOLED screen, which could support a 120Hz refresh rate and run Android 12 with MIUI 13 on top.

More details regarding the upcoming Redmi K50 series, including the launch date are expected to be revealed soon. Hence, stay tuned.