Skip to content
Home News Redmi K50 Gaming Edition to Launch in China on February 16; Here’s a First Look at Its Design! 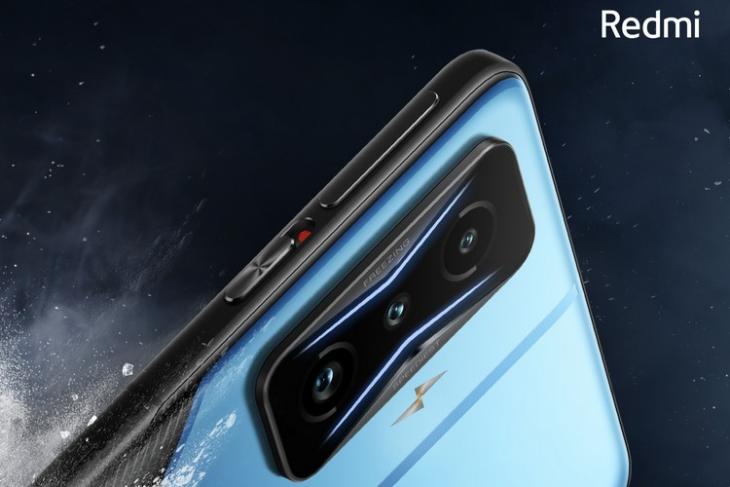 Redmi’s general manager Lu Weibing recently confirmed the launch of the Redmi K50 series in China. And now, we have confirmation that the company is going to launch the Redmi K50 Gaming Edition on February 16 in China. It will arrive as a successor to the Redmi K40 Game Enhanced Edition that was launched last year.

Redmi recently took to its official Weibo handle to announce the launch date and share a few images of the Redmi K50. One of the teasers revealed the back design of the upcoming smartphone, as shown below. In the teaser, we can see that the Redmi K50 Gaming Edition will retain the shoulder triggers from its predecessor and will come with a lightning bolt flash beside the camera. There are also the words “Freezing” and “Speediest” written on the camera module.

Xiaomi is marketing the K50 Gaming Edition as a thermal-focused device, presumably for its ability to keep the temperatures low during high-performance tasks like gaming. The company has confirmed that it will come with a dual-VC cooling system to tackle thermal issues and make the device more gaming-efficient.

In another teaser on Weibo, the company has also confirmed that Redmi K50 will be powered by Qualcomm’s flagship Snapdragon 8 Gen 1 chipset. It will also come with LPDDR5 RAM and UFS 3.1 storage, though specific details are under wraps. Moreover, the phone is rumored to support 120W fast charging, but an official word is still awaited.

The company is rumored to launch a special Mercedes Benz edition for the K50 Gaming Edition alongside the standard models. You can check out the special Redmi K50 AMG Petronas F1 Team Edition in the image attached below.

So, what do you think about the upcoming Redmi K50 Gaming Editon? Let us know your thoughts in the comments below and stay tuned for further updates.