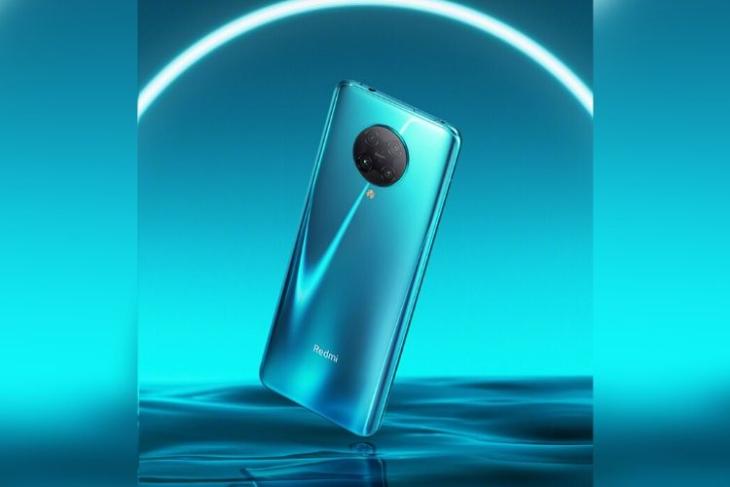 Xiaomi’s sub-brand Redmi had been teasing the launch of its next flagship, the Redmi K30 Pro, for a couple of weeks now. We saw a flurry of design leaks make their online earlier this week but the company has itself taken the wraps off the official design and launch date today.

Yes, the Redmi K30 Pro render attached above was posted on Weibo by Redmi GM Lu Weibing. It gives us all a first look at the Redmi K30 Pro, which as the leaks suggested boasts a circular quad-camera setup, no punch-hole bezel-less display, and a pop-up selfie camera.

As for the launch date, well, Xiaomi CEO Lei Jun posted another teaser for the Redmi K30 Pro. It confirms that the next Redmi flagship launches on March 24, just two days before the much-awaited Huawei P40 Pro. Also, the company seems to be partnering up with the Fast and Furious franchise for a special edition variant, just like the Redmi K20 Avengers Edition from last year. 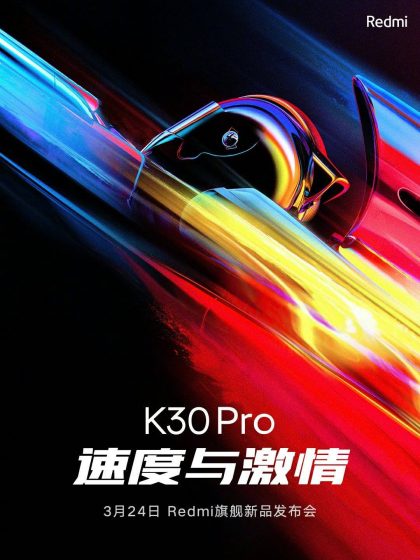 The Redmi K30 Pro design render further confirms that the device will feature a 64MP primary camera. It will most likely be the Sony IMX686 sensor that we’ve already seen on Poco X2 (Redmi K30 in China). You can see the 64MP text written inside the circular camera system. Also, we can see the pop-up module and 3.5mm headphone jack at the top. It will most likely boast an AMOLED display, similar to its predecessor.

In addition, Redmi K30 Pro is also confirmed to be powered by the latest Snapdragon 865 chipset. It will also have LPDDR5 RAM, UFS 3.1 storage, and 5G support. The company has shared a AnTuTu benchmark comparison video on Weibo, which sees Redmi’s upcoming flagship score over 6,10,000 points. You can check it out right here:

The device is also expected to pack a 4,700mAh battery with 33W fast-charging support. We recently saw this fast charging technology make its debut on the Redmi Note 9 Pro Max. Exciting times, right? Redmi K30 Pro will most likely arrive as the Poco F2 in India, so keep your eyes peeled and return back for more information.