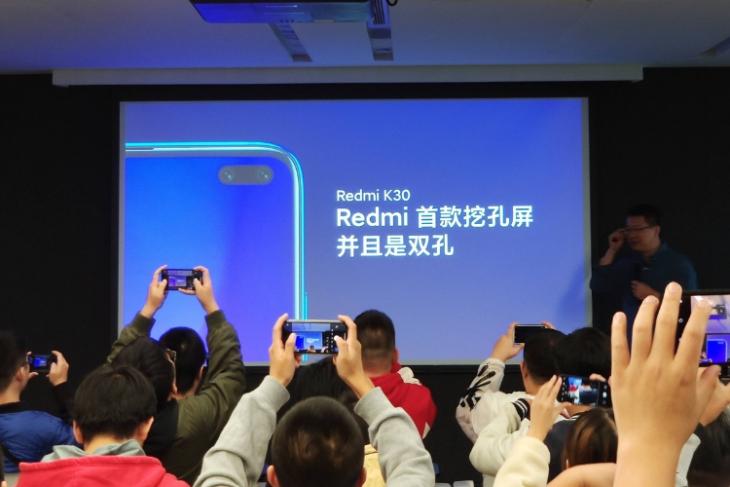 Barely months after the launch of the Redmi K20 series, Xiaomi’s sub-brand confirmed it had started work on its successor – the Redmi K30 and that it will arrive with 5G support next year. Well, Redmi is wasting no time to further build its smartphone empire and has today shown off the Redmi K30 at an event in China.

Yes, this may come as a shocker but the company is already developing the smartphone with support for SA/NSA dual-mode 5G connectivity. This was revealed at today’s event, along with a first look at the device.

Note: For those unfamiliar with SA/NSA, the terms stand for Non-standalone (NSA) and standalone (SA). these are 2 5G tracks that telecom operators can opt for when moving from 4G to the next-generation connectivity options – 5G, in this case. 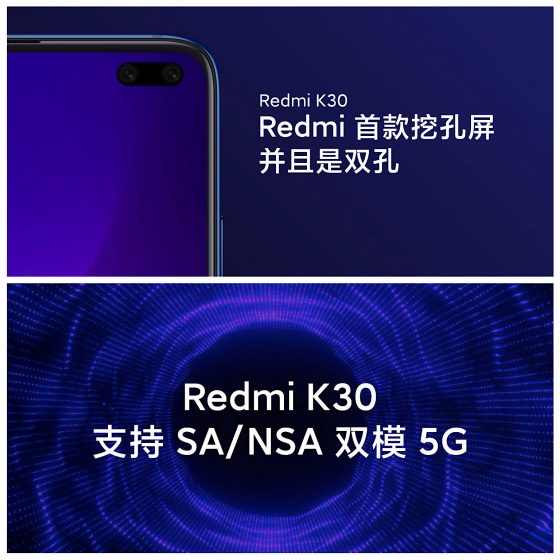 The company will be switching gears and not offer a fullscreen bezel-less experience to users with their Redmi K30 series. Instead, Redmi K30 will be the first smartphone in Xiaomi’s portfolio to offer a punch-hole camera design. The image attached above shows that it will feature a dual punch-hole selfie camera, similar to what we’ve seen on Samsung Galaxy S10 Plus.

All remaining details around the Redmi K30 are currently sparse. We can obviously say Xiaomi will bake the Snapdragon 865 chipset in the Pro variant, but the non-Pro variant should arrive with a Snapdragon Series 700-chipset with 5G support. It will be the new mid-range chipsets (one of these) that Qualcomm announced a couple of months back. 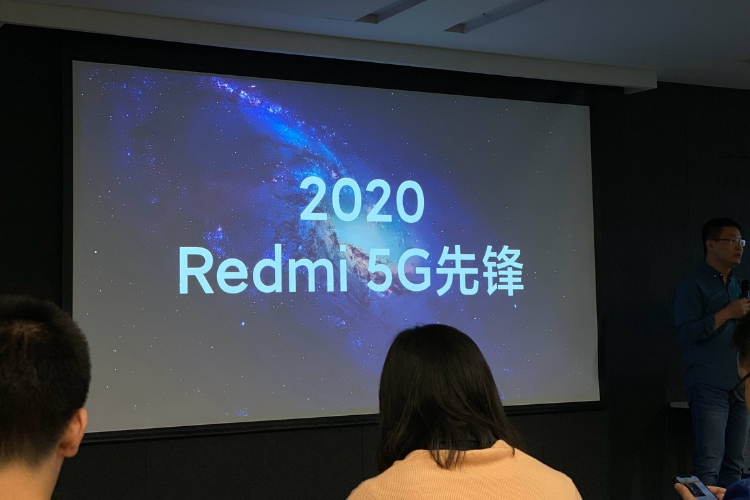