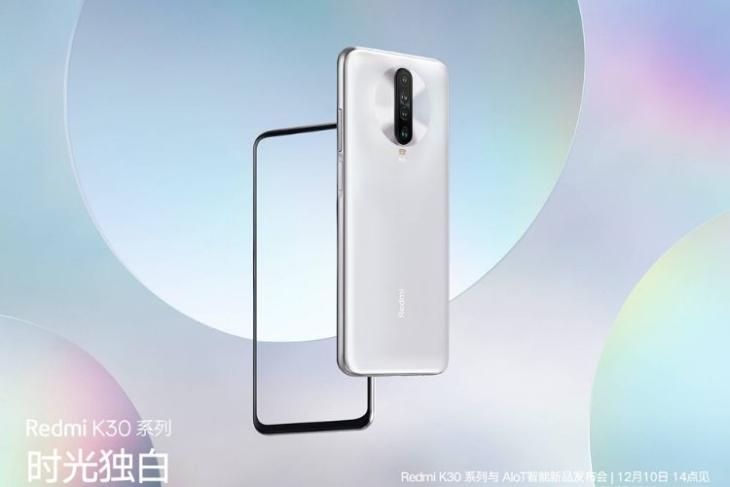 Xiaomi has officially confirmed that its upcoming premium mid-ranger, the Redmi K30, will also come in a 4G variant. The revelation, which comes from Redmi GM, Lu Weibing, seemingly confirms recent leaks that claimed the company is working on a 4G variant of the device alongside the much-teased 5G model. The exact tech specs of the 4G version remain under the wraps, but leaks suggest that it might be powered by the Snapdragon 730G, making it cheaper than its 5G counterpart.

The 5G variant of the Redmi K30, meanwhile, has been confirmed to launch on Tuesday, December 10, in China. The device will be powered by the recently-announced Snapdragon 765G, which is expected to be found in a whole host of mid-range 5G handsets in 2020. The SoC comes with the Snapdragon X52 5G modem and is said to offer up to 36 percent improvement in graphics performance over the Snapdragon 730G.

It will be interesting to see if the rest of the tech specs of the two devices remain the same, because the 5G variant has already been leaked extensively, revealing what should be a very interesting prospect at an affordable price-point. Recent rumors suggest that the Redmi K30 might come with Sony’s 60MP IMX686 image sensor, which was teased by the Japanese tech giant a few weeks back.

Code found within some of the recent nightly builds of MIUI 11 also suggests that the device may ship with a 120Hz panel and a side-mounted fingerprint scanner, which means it won’t get one of those new-age in-display fingerprint readers that many would have been hoping for. Either way, the device is promising to be an exciting one, so it will be interesting to see how long it will take for Xiaomi to launch it in India.