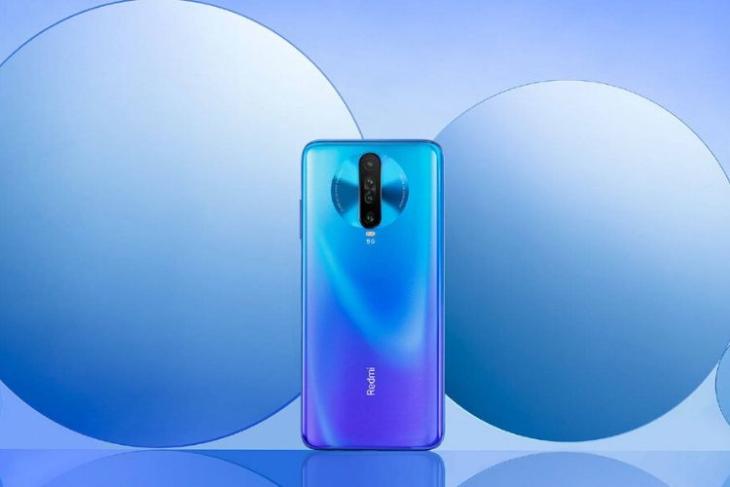 Redmi K30 is launching next week on December 10. It has already been confirmed that Redmi K30 will be powered by the new Snapdragon 765 chipset, with a built-in 5G modem. We are also aware that the smartphone will feature a punch-hole display and a vertical quad-camera system sitting inside a Mate 30 Pro-like circular design on the rear.

Redmi has today shared on Weibo one of the most anticipated teasers (attached below), revealing the Redmi K30 camera configuration. The company previously teased that the device will sport a high-resolution image sensor and well, it does. Redmi has confirmed today that the primary sensor on board will be the 64MP Sony IMX686 sensor. It was recently teased by Sony as well.

Redmi K30 will be the first phone to launch with Sony’s new 64MP IMX686 sensor as opposed to Samsung’s 64MP Bright GW1 sensor we have already seen on the Redmi Note 8 Pro and Realme XT. 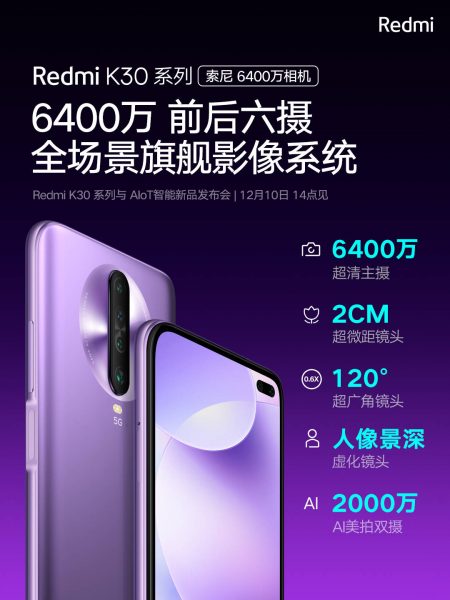 Apart from the 64MP Sony sensor, Redmi K30 is now confirmed to feature an ultra-wide-angle sensor with 120-degree field-of-view (FOV), a dedicated macro lens, and a depth sensor for better portrait shots. The teaser doesn’t reveal the exact megapixel count of K30’s depth sensor. The Chinese giant also confirmed the dual-camera punch-hole selfie camera specs in the teasers. It packs a 20MP primary camera and a secondary depth sensor to help it click better portraits.

As you can see in the teaser photos below, Sony’s new 64MP IMX686 sensor will have a 1/1.7″ size (similar to the Bright GW1 sensor). The pixels are said to be 1.6µm each but only when you click photos in the 64MP mode. The pixel-binned 16MP pictures will have 0.8µm pixels each.

Apart from the aforementioned camera specs, we know that Redmi K30 will launch in 4 attractive color variants — white, blue (shown in the header), magenta (red and purple gradient), and lavender (shown above in teaser) in China next week. The device is also known to come equipped with a 4,500mAh battery and 30W fast-charging adapter, so yeah, Redmi is going all-out with its first 5G smartphone. Excited much? Do let us know your thoughts in the comments below.