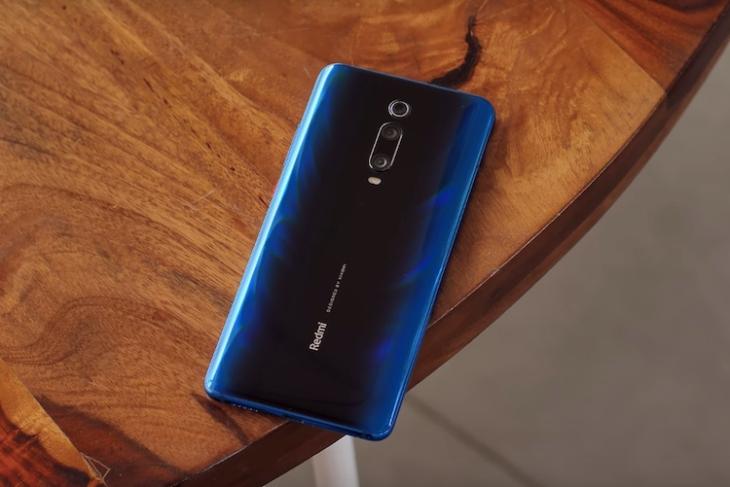 Redmi had been hyping up the launch of its first-ever 5G smartphone for December. We saw Xiaomi officials confirm that the Redmi K30 series is coming next month. And today, Redmi General Manager Lu Weibing has confirmed the launch date for the Redmi K30 in China.

Weibing took to Weibo today to share the teaser poster for the Redmi K30 series, along with the December 10 launch date. The teaser reveals that the device will sport a dual-camera punch-hole design, as seen in recent leaks. It will also feature hardware which enables support for standalone (SA) and non-standalone (NSA) 5G networks. 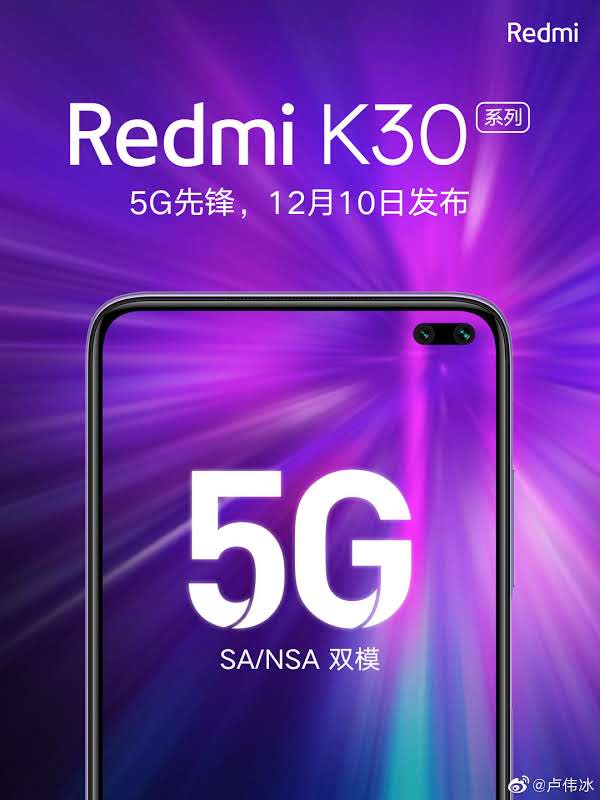 He further boasts Redmi of being a 5G pioneer in the Weibo post, which could be a hint towards the affordable price tag of the Redmi K30 series. Weibing hasn’t doled out any more details for Redmi’s first-ever 5G phones, but it’s rumored to be powered by the newly launched MediaTek Dimensity 1000 chipset.

This is the first-ever MediaTek 5G chipset, however, we can also see the unannounced Snapdragon 735 chipset under the hood in the Redmi K30. Snapdragon 865 chipset will most likely power the Redmi K30 Pro, possibly making it the first smartphone to launch with Qualcomm’s new flagship chipset in tow.

Apart from the chipset, Redmi K30 series is expected to sport a 6.66-inch Full-HD+ display with a 1080×2400 pixels resolution, 395ppi pixel density, and a higher 120Hz refresh rate. Yes, Xiaomi will adopt a higher refresh rate panel with its first 5G Redmi phone.

Leaks further suggest that Redmi K30 could include a circular quad-camera setup that would look similar to OnePlus 7T. But instead of the camera being aligned horizontally, they will be placed vertically. This means the circular camera bump here will be huge – even comparable to the Lumia 1080.

Since Weibing refers to Redmi K30 as “series,” we expect the Redmi K30 Pro to launch alongside the standard K30 but it won’t go on sale right away. Are you excited for the Redmi K30 unveiling in a couple of weeks? Tell us your opinion in the comments down below.