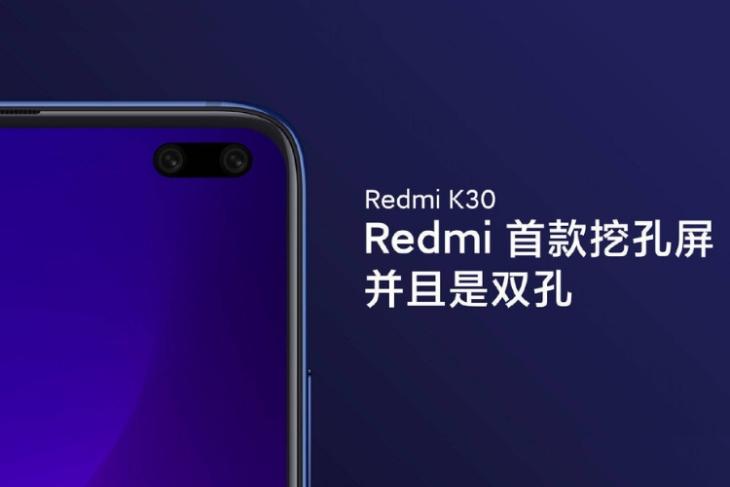 Just days after announcing the launch of the Mi Note 10 with the 108MP Samsung Bright HMX image sensor in India, Xiaomi has revealed that one of its other major upcoming smartphones, the Redmi K30, will sport the ‘world’s first high-resolution image sensor’. The revelation comes from the General Manager of the Redmi brand, Lu Weibing, who reportedly said that further details will only be revealed at the launch event on December 10th.

While there’s no official word on the subject from Xiaomi, recent rumors suggest that the Redmi K30 might come with Sony’s 60MP IMX686 image sensor, which was teased by the Japanese tech giant a few weeks earlier. Believed to be an upgrade over the 48MP IMX586 sensor that found its way to quite a few high-end smartphones this year, the IMX686 is the biggest mobile image sensor ever from Sony and, is expected to be found on more smartphones next year.

Of course, this is not the first piece of info about the Redmi K30 that Xiaomi has teased in the recent weeks. Weibing has already posted several teasers about the upcoming device, revealing that it will sport dual selfie-cameras housed within an elliptical punch-hole design upfront. Xiaomi co-founder and CEO, Lei Jun, has also revealed that the device will support dual mode (SA+NSA) 5G networks. Recent leaks have also revealed some other tidbits, including a 120Hz display and a side-mounted fingerprint scanner.

A leak earlier this week also suggested that the Redmi K30 might ship with the Snapdragon 735 chipset and a 6.66-inch Full-HD+ display with a 2400 x 1080 pixel resolution. Weibing also referred to the ‘Redmi K30 series’ in a Weibo post earlier month, which leads us to believe that we might also see a Redmi K30 Pro alongside the standard K30, but that device is yet to be officially confirmed by the company.