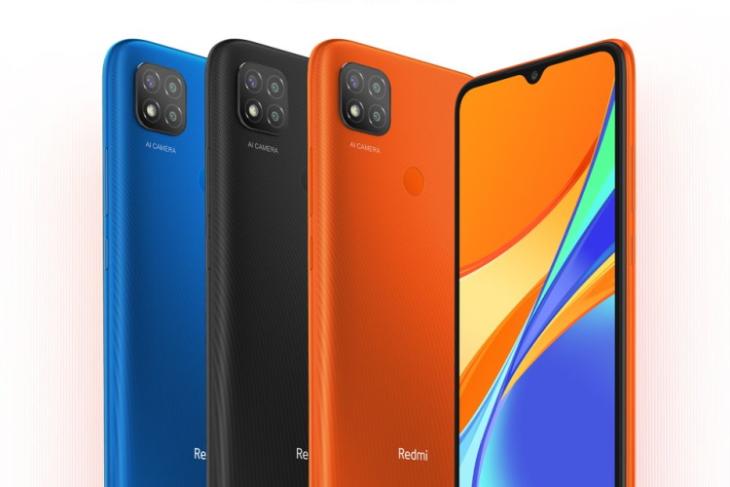 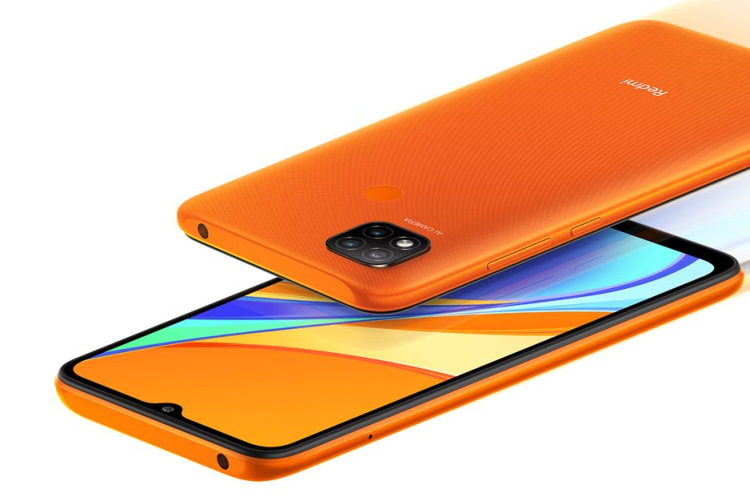 First up, we have the Redmi 9C, which looks super funky in this Orange color. But, it’s not just the color that has me distracted. It’s also the triple camera setup baked into the square bump of this entry-level phone. Xiaomi offers you a 13MP primary camera, 5MP ultra-wide camera, and a 2MP depth sensor with the Redmi 9C. You also find an LED flash baked into the camera bump to complete the square matrix.

This smartphone is powered by the MediaTek Helio G35 chipset, coupled with 2GB of LPDDR4x RAM and 32GB eMMC 5.1 storage. The storage is expandable up to 512GB via the dedicated microSD card slot on board.

There’s also a physical fingerprint sensor on the rear if you haven’t noticed it already. On the front, Redmi 9C includes a 6.53-inch HD+ IPS LCD display with a 20:9 aspect ratio, and 1600 x 720 resolution. The waterdrop notch up-top houses a 5MP selfie snapper.

Redmi 9C has been priced at 429 RM (around Rs. 7,570) for the single 2GB+32GB variant. It will be available to buy later in July in three colorways, namely Black, Blue, and Orange. 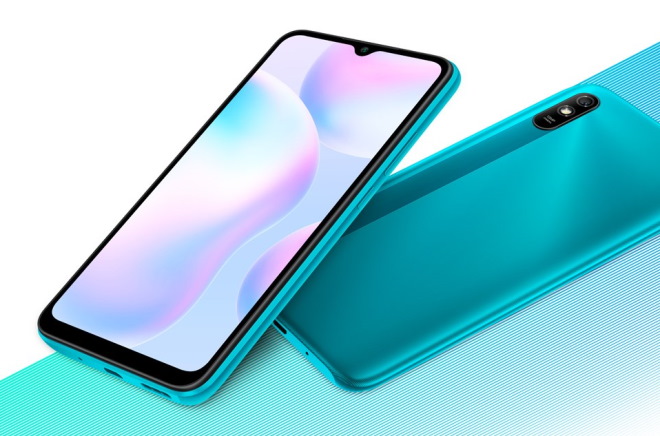 Redmi 9A looks pretty much the same as its predecessor, with the stripe running along the camera now moved to the edge instead of being at the center. Also, the phone has been powered by MediaTek Helio G25 instead of a Snapdragon 400-series chipset like last year. It’s paired with 2GB LPDDR4x RAM and 32GB eMMC 5.1 storage, expandable up to 512GB via the dedicated SD card slot onboard.

The smartphone features a 6.53-inch HD+ IPS LCD display with a 20:9 aspect ratio, 1600 x 720 resolution, and a waterdrop notch up-top. You will find a 5MP selfie sensor baked into this notch, same as the Redmi 9C. There’s a single 13MP rear camera and LED flash on the rear.

Redmi 9A comes equipped with a huge 5,000mAh battery – the same as the Redmi 9C, with a USB Type-C port at the bottom. It includes dual 4G VoLTE, Bluetooth 5.0, and a 3.5mm headphone jack for connectivity purposes but lacks 5GHz WiFi support. Also, you won’t a fingerprint sensor onboard.

Redmi 9A has been priced at 359 RM (around Rs. 6,300) for the single 2GB+32GB variant. It will be available to buy in three colorways, namely Midnight Gray, Twilight Blue, and Peacock Green.