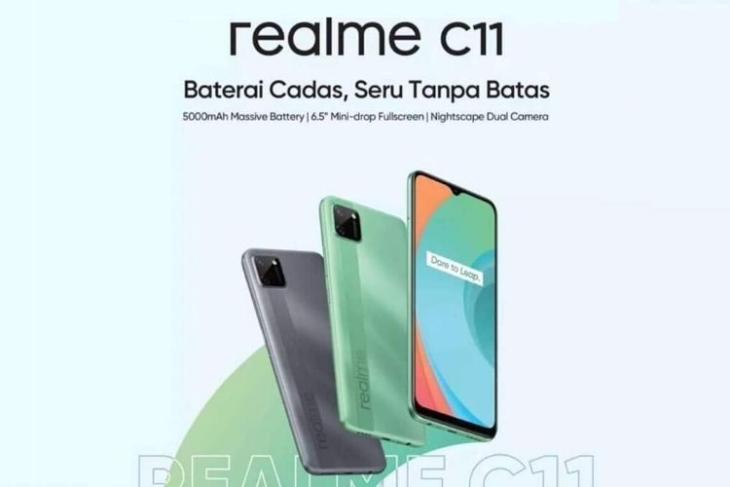 Realme revealed that it will launch the world’s first-ever smartphone powered by the MediaTek Helio G35 chipset earlier last week. Now, the company has not only shared the name of this upcoming device but also the launch date on its social channels.

Dubbed the Realme C11, the company’s entry-level budget smartphone will make its debut on 30th June in Malaysia. You can see the launch teaser attached below, which reveals two things about the upcoming device. One that it will house a massive battery, at least 5,000mAh, and second, the chipset should enable you to enjoy popular mobile games on a modern display. 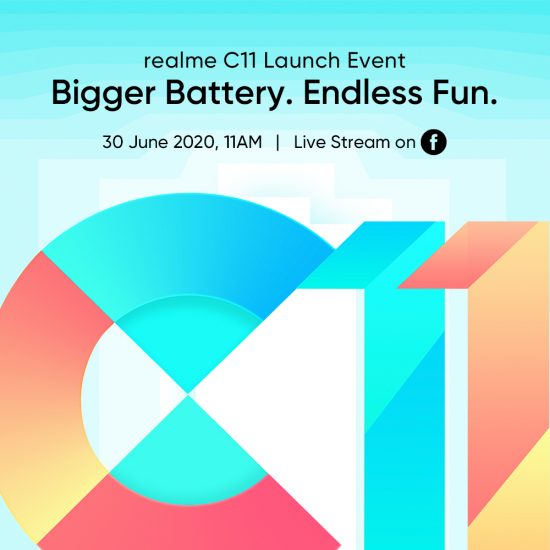 The company hasn’t set up a dedicated landing page, as it does for India launches, on its Malaysian website. Still, the design and specs of Realme C11 had recently surfaced online over the weekend. The render you see in the header image above was shared by Twitter user @i_am_myself7, giving us a first look at the Realme C11.

Realme C11 will be a younger sibling to the Realme C3 that launched in India earlier this year. It will feature a 6.5-inch HD+ LCD display with a waterdrop notch on the front and dual-cameras housed inside a square camera module.

The light-colored back panel (shown off in two colors – mint and gray) is contrasted by a darker color line that runs parallel to the camera module. This gives the Realme C11 a fresh look. As you may already know, it will be powered by the unannounced MediaTek Helio G35 chipset, along with up to 4GB RAM and 32GB storage. It will run Android 10-based Realme UI out-of-the-box.

Realme C11 will most likely pack a 5,000mAh battery with 10W charging support via the microUSB port onboard. Also, you won’t find a fingerprint sensor onboard. We expect this entry-level device to make its way to India in the next couple of months – possibly under the Rs. 7,000 price mark.