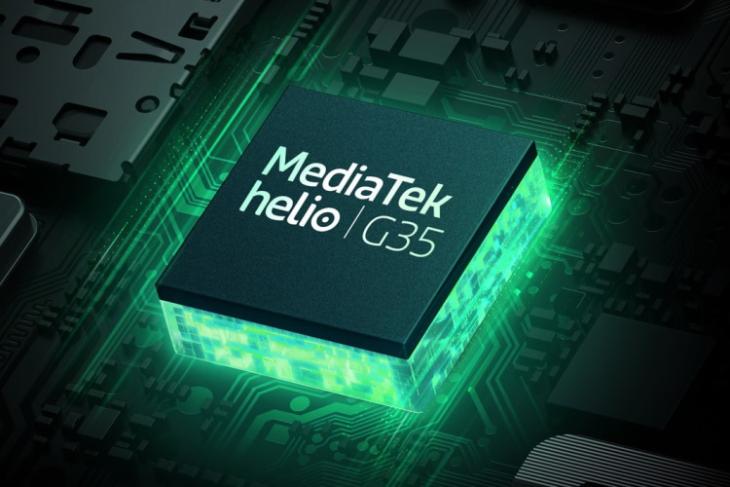 MediaTek continues to expand its gaming-centric G-series and has today announced the long-rumored Helio G25 and Helio G35 chipsets. The company is raining on Qualcomm’s parade in the entry-level segment. It doesn’t just offer a powerful chipset but one that’s optimized for gaming on a budget.

The MediaTek Helio G25 and Helio G35 chipsets aren’t very different from each other. Both are octa-core chipsets, based on the 12nm FinFET production process. They are backed by ARM Cortex-A53 CPUs clocked at up to 2GHz and 2.3GHz respectively. They also include the IMG PowerVR GE8320 GPU, with the one aboard Helio G25 clocked at 650MHz and Helio G35 clocked at 680MHz. So, there’s not much difference on the performance front.

On the connectivity front, both the chipsets support dual-band WiFi (2.4GHz/ 5GHz), Bluetooth 5.0, GPS, GLONASS, and more. There’s no word on whether both of these chipsets support India’s NavIC or not. The hardware here is backed by MediaTek’s HyperEngine technology, which squarely aims at performance and connectivity optimization to offer you the best gaming experience on a budget.