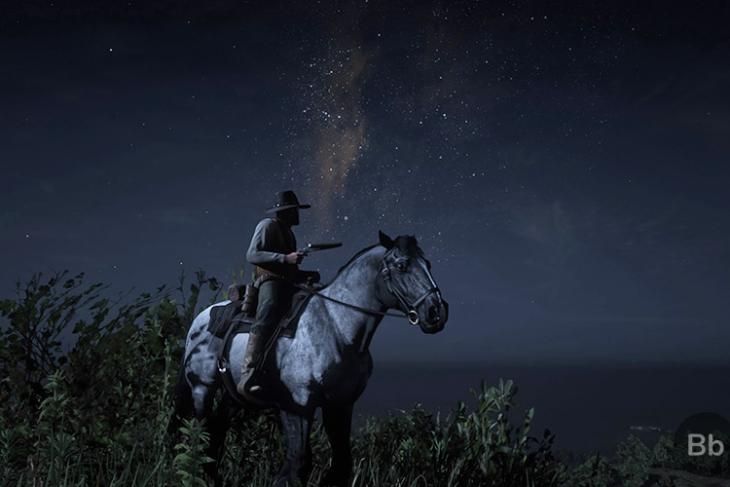 Eight years! It took Rockstar Games eight years to create a game that follows the footsteps of Red Dead Redemption – a title that left a lot of players in tears including me in 2010. Technically a prequel, the Red Dead Redemption 2 tells the story of Arthur Morgan, a gunslinger surviving the Wild West in the late 1800s.

If you know anything about Rockstar Games, then you’re probably aware of Red Dead Redemption 2 and the hype surrounding it. But is it really worth all the hype? Well, I’ve spent dozens of hours in Arthur’s boots exploring the Wild West, and let me tell you that it’s hands down the best open-world game that I’ve ever played.

The Age of Outlaws & Gunslingers

Red Dead Redemption 2 takes place in 1899, i.e. 12 years before the tragic events that took place in John Marston’s life. Unlike the lush greenery showed in most of the trailers, the game will drop you onto snow-covered mountains, where Morgan and his gang are on the run trying to escape “Blackwater” after a heist.

The gang is starving and freezing in cold. It’s not a pretty sight seeing your mates in pain and agony, but that’s where really the game really shines. It’ll make you mourn for tragic events, but it makes you do it the Rockstar way and throws a mixed bag of surprises to go along with it.

The Red Dead Redemption 2 takes place before the original game, so you already know that the gang will fall apart. Honestly, at first, I thought Red Dead Redemption 2 would pick up where the last one left, and continue the story of Marston’s son Jack, but I am glad that Rockstar decided to narrate the story leading up to the tragic events seen in the previous title.

More than anything I was glad to see a completely different side of Dutch – a charismatic leader who (spoiler alert) wil be hunted down and killed by one of his own 12 years later. And it is not just Dutch’s return that put a smile on my face. I was glad and somewhat surprised, to see some other characters like Edgar Ross, Abigail and others making an appearance in the game.

The main man Morgan is an excellent protagonist for this tale. He’s the kind who can pull off both a clean-shaven look and get the mutton chops right. Morgan sounds scary, but don’t judge him by the gruff in his voice; he can get occasionally funny when he’s having drinks at the Saloon, but never forget he’s also a cold-blooded murderer. There are definitely moments where you see Morgan’s warmth and emotion shine, especially as he tends to his steed.

“Look, I am not a good person. I am a murderer.” Dialogues like this add punch to Arthur’s character, despite those softer moments. Props to Rockstar for writing and delivering such a powerful and versatile protagonist.

Arthur Lightens Up occasionally, but he’s a cold-blooded murderer at heart.

Honestly, I was very skeptical about Red Dead Redemption 2’s protagonist, but I am happy to report that you’ll have a great time sharing the screen with Morgan, getting drunk, brewing coffee, and riding horses.

Part of the reason why I can’t stop myself from playing Red Dead Redemption 2, despite the main story missions being painstakingly long, is because of its incredibly detailed and expansive world. From the shores of Blackwater to Horseshoe Overlook’s beautiful mountains, everything is exquisite, as if painted by hand.

Rockstar has clearly spent a lot of time paying attention to each and every detail, and the result, mind you, is very good. I was fortunate enough to play this game in glorious 4K, and I can tell you that every nook and cranny of this world is incredibly detailed. It speaks highly of Rockstar’s resources, and the effort it took to bring this to life.

Red Dead Redemption 2 also feels more realistic when compared with other games like, say, Rockstar’s own GTA V, mainly because of the animations. Dead bodies, for instance, needs to be physically manhandled before looting. Pistols need to be cocked before firing. Heck, you also have to brew your own coffee and pour the stew into a bowl before you can hit “R2” to make Arthur consume it.

Yes, it sounds like a chore, but I absolutely love it. I’ve wanted to play a game as realistic as this forever, and it’s no wonder I love Red Dead Redemption 2. It gets you close to the the ground and the world adds a layer of complexity that no other title can match at least by today’s standard. Red Dead Redemption 2, just like most open-world games, lets you Fast Travel. However, you’ll have to manually unlock the feature (surprise!) by acquiring a map at Morgan’s camp.

It is also admirable how you can interact with almost anything and everything in Red Dead Redemption 2. You can stop and smell roses (not really), pat dogs, catch 30 different types of fish, or simply sit and a have a conversation with a stranger in a bar, or with your loved one. It’s little details like these that inject real life into this virtual world, and it is probably the reason why I see myself coming back to this game even after I have finally completed the main story.

Character customization has been an epitome of Rockstar games, so it’s not really a surprise to see it return in Red Dead Redemption 2. But what’s really wonderful is, again, how incredibly detailed everything is. When it comes to physical appearance, Morgan’s facial hair, body weight, etc. will change over time. He’ll start rocking a beard if you won’t free up time at the camp for personal grooming, and start putting on some weight if you keep stuffing him with food.

Character customization and upgrades, by the way, are not just limited to Arthur’s clothing. You can (and really should) level up your horse and buy some meaningful camp upgrades as well. Oh, and did I tell you that have to clean your guns every now and then, to make sure it keeps up with the Wild West’s harsh life.

The Return of Dead Eye

Dead Eye was undoubtedly one of my favorite features in the original Red Dead Redemption, so I was delighted to see it making a come back here with some meaningful improvements. You can tap “R3” (while aiming a weapon with L2) to trigger Dead Eye and it’ll now highlight critical hit areas on the target. Shooting a Grizzly bear’s feet, for instance, will make it easier for you to take it down by slowing it down. It sounds like an obvious move, but it’s easy to forget when a 600-pound angry Grizzly is barreling towards you.

While we are at it, let me tell you that Horse Bonding is also a great addition to the game. I took this very seriously right from the moment I was introduced to it. As you’d expect, there are a variety of different horses in the game, and each and every horse is different.

Remember, your horse can die and there’s no bringing it back.

Unlike other games, you can’t just hop on to any available horse nearby. You can only rely on the horses you’ve bonded with since others will just kick you off and ditch you when they hear a gunshot or see a predator. Trust me, horse bonding can truly make or break your experience in Red Dead Redemption 2. So, take care of it and don’t let your steed die or else you’ll have to buy a new one and start bonding all over again.

You might have seen it in trailers and screenshots revealed by Rockstar, but I’ll say it again – Red Dead Redemption 2 has the most impressive lighting and weather effects I’ve personally seen in a game. I recently played the Shadow of the Tomb Raider, which was praised for its in-game lighting, but RDR 2 takes the cake for me. The game is undeniably pretty, and leaves others behind in this regard.

It’s impressive to see how the light just beams through, say, a wooden ceiling or through the trees when I am in the woods. I am a sucker for good lighting in games and I love it here.

Even the character models and the well-animated horses make up for a great experience. Remember, this is a game in which your poorly-maintained firearm will start rusting, so don’t be surprised if you get side-tracked from the main story admiring the astonishing attention to detail.

Rockstar Games has always been good with dialogues, and Red Dead Redemption 2 is no exception. However, the background score, music and audio effects add to that awesome immersive feeling.

I don’t usually pay too much attention to in-game music, but Woody Jackson has done has an exceptional job here. He’s the same composer who has scored every Rockstar title since the original Red Dead Redemption, but this, in my opinion, is his best work yet. From terrifying assault sequences to cowboy celebrations, the background score just brings out the best out of every scene and it all somehow dovetails seamlessly.

I can write a lot about the amazing sound effects too, but its something you’ll have to experience yourself to understand. From the noise of splashing mud during rains to dry leaves crumbling  under your foot in a jungle on a sunny day, you can hear each and every pin drop. You know Rockstar has paid a lot of attention to detail when you can hear a difference in gunshots and tell if a bullet was fired on a mountaintop (with crackling echoes) or inside a house  (a muted shot). It’s something that they could’ve easily avoided and no one would have noticed. But Rockstar, being Rockstar, walked the extra mile to perfect it.

Having spent a good amount of time with the game, it’s easy for me to narrate my experiences and share some glorious screenshots, which, by the way, looks like a work of art. But no amount of praise would be enough to show you why Red Dead Redemption 2 is one of the greatest AAA titles of all times. You just have to play it. Red Dead Redemption 2 is a long game, but you will enjoy it thoroughly without exception.

I’ve played a lot of modern, open-world games including The Witcher 3, Metal Gear Solid 5, and Rockstar’s very own Grand Theft Auto V. But I’ve never seen this detail and atmosphere in any other game. It explains why Rockstar Games took 8 years to deliver it.

I have zero doubts in saying Red Dead Redemption 2 is a must-play game. Not only has Rockstar managed to put on its greatest storytelling hat, but it also offered a level of attention to detail never before seen in any movie or TV show, let alone an open-world game. It’s an expertly crafted title, and it’s time I gallop right back to the Wild West.