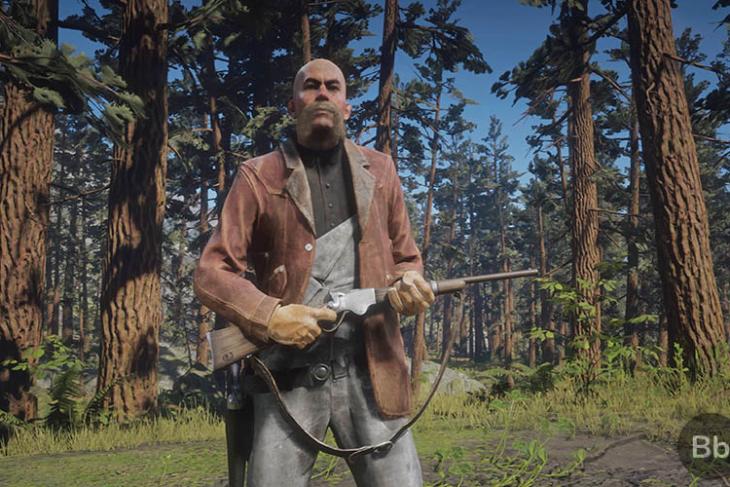 Rockstar’s Grand Theft Auto V has been hovering near the top of the charts for more than 4 years now. A huge part of that dominance has come from GTA Online, a game that’s said to be generating over $50 million a month in revenue. 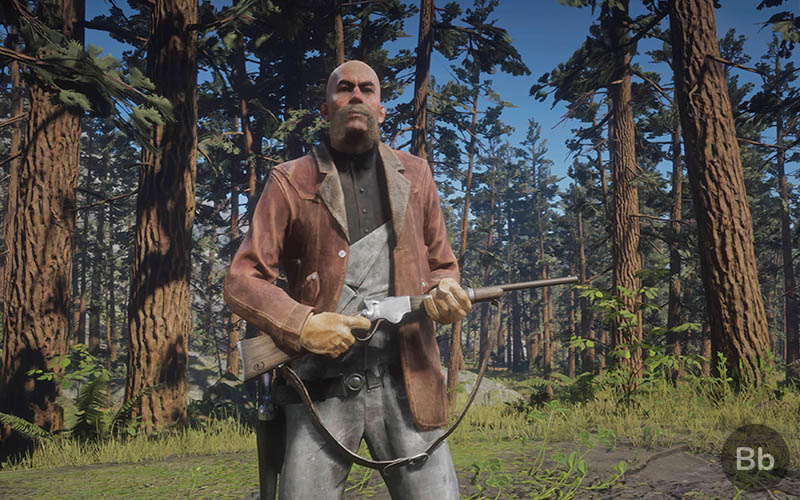 Kicks off a Little Slow

Having played the main story of Red Dead Redemption 2, I had a lot of expectations from this multiplayer spin-off. Unlike a traditional online multiplayer game where you head straight into a lobby and start killing other players, I was expecting something different from Red Dead Online, and that’s exactly what I got to experience.

Red Dead Online kicks off with a new story. A story that’s taking place in the same world as Red Dead Redemption 2, but sees you playing as a new character instead of Arthur Morgan. You’ll be prompted to create a new playable character, complete with gender selection, clothes, facial hairs, etc. It’s very similar to how you’d create a custom character on, say, Fallout, Final Fantasy, and more.

The character customization is very extensive. Besides the options that lets you choose what your character will look like, the game lets you play around with things like the character’s age, the sound of horse whistle, and more. It’s really impressive, and I’d suggest you invest some time in this part, and give a unique identity to your character. I personally went with just a bald guy with a thick mustache. Yeehaw!

Once you do that, a cut scene will follow where you’ll find your newly created character as a prisoner serving time for a crime that they didn’t commit. From there on, the game really takes off like any other single-player game.

I honestly thought that I was playing a new single-player campaign until I was introduced to the online elements later. But those elements, mind you, will show up only after you spend some time with the game. You’ll see a ton of cut scenes, a lot of interactions, new characters, and so on.

In one of the first missions called “Honor Among Horse Thieves”, I was asked to visit Saint Denis, one of the prime locations in Red Dead Redemption 2. I was joined by three other players, and we were given the objective to steal a horse and deliver it to someone who’s living in a distant location. I started playing the mission only to realize that I was being ambushed by other online players. And that’s something that you’ll have to get used to since there will always be players who’ll try to ruin your mission.

Once you get over it and complete the missions that follow, you’ll unlock a few other online modes including the battle royale mode that’s dubbed “make it count.”

Instead of jumping into the battle royale mode, I decided to check out other modes because I knew I wouldn’t bother playing them once I get a hang of the BR mode. I joined a Race where I was riding my horse and battling it out with other players. The objective was to, well, finish the race first. 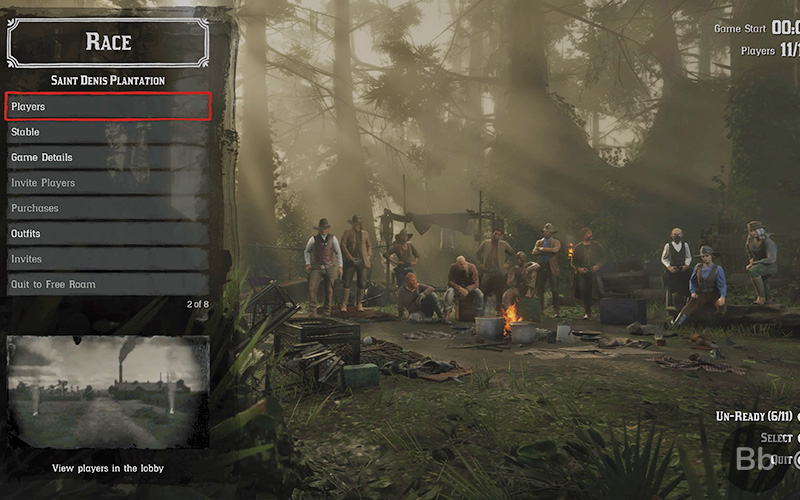 I was allowed to collect perks that were scattered throughout the map to gain abilities like melee, stamina boost, etc. I did manage to win the race, and it was a lot of fun. I can definitely see myself spending a lot of time in this mode. 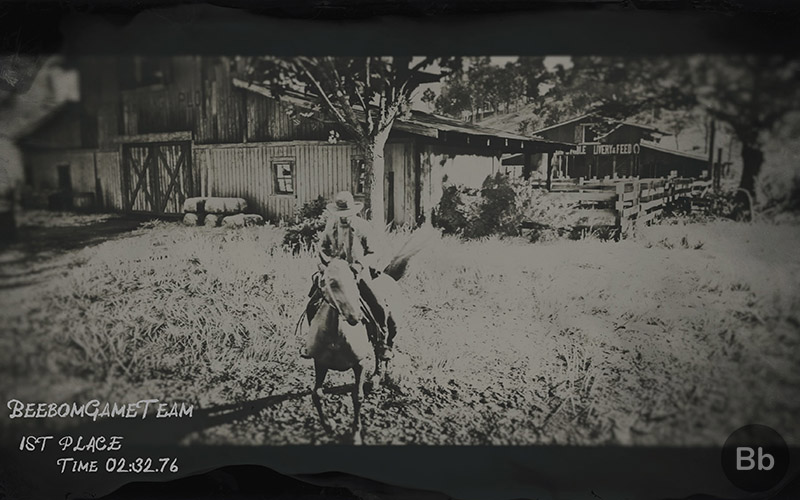 After some more horsing around, I decided to check out the BR mode. Here’s the catch, though. Red Dead Online doesn’t allow you to select the game mode of your choice. Instead, the game will randomly throw you into a mode, which may or may not be the BR mode.

Although I was lucky enough to get thrown into a BR mode game the first time, I ended up spending a lot of time trying out other modes mainly because the game was forcing me to play them. It could be a deal-breaker for you, so consider yourself warned.

The “Make It Count” BR mode in Red Dead Online, in my opinion, is a bit different from what you might be used to. Unlike a conventional BR game, where you’re dropped in an island with no supplies, you’ll be spawning in a random location with, well, a bow & a knife.

The concept, however, remains the same. You’ll be a part of an ever-shrinking map, forcing you to encounter more enemies as you progress. Since the players have limited resources, everyone is forced to embrace the stealth approach. So, don’t expect anyone to be running out in the open. I did that (just for fun, of course), and I was shot with an arrow almost instantaneously.

And there are only 16 or 32 players in a game, so you’ll have plenty of space to find cover without having to clear out the path. Playing more of Red Dead Online’s BR mode reminds of Crytek’s Hunt: Showdown, where you’re dropped in an island with a gun, and you’re objective is to collect a bounty and escape the region. Yes, both games are unique in their own ways, but the resemblance is uncanny.

I am not a huge fan of battle royale games, to begin with, so I wasn’t surprised by the fact I couldn’t finish as the last-man standing. Dying multiple times in the game, however, allowed me capture good screenshots of the screen shows up right after someone kills you. 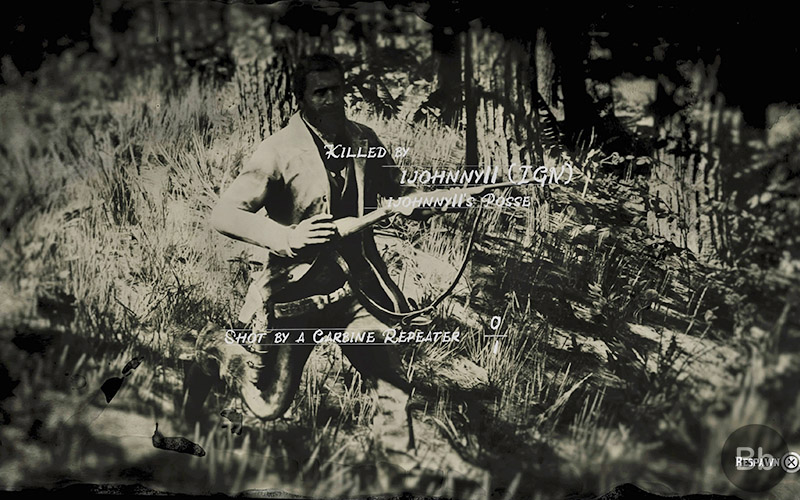 Overall, the BR mode in Red Dead Online is pretty interesting. As I said, I am not a huge fan of BR games, but I can see myself playing Red Dead Online just for the BR mode. It’s that refreshing and fun. It’s definitely worth checking out.

If BR mode is not your cup of tea, then you can also take part in Team Deathmatch games. Just like any other Deathmatch games, you’ll drop in a location with a bunch of other players. Again, you can choose to be a part of either an 8-players or a 16-players team. And instead of a bow and a knife, you’ll given a weapon (mostly a rifle of some sort) to begin with. 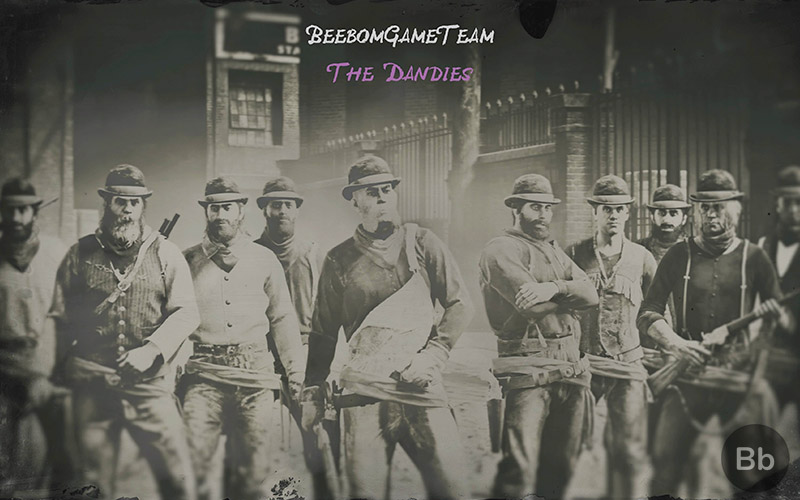 The objective of Deathmatch game is to earn more points by killing enemies. The team with more points at the end of the game will be the winner. Yes, it’s like war mode in PUBG Mobile. I personally didn’t like this mode because I don’t find Deathmatch games to be competitive, but my colleagues here at Beebom were enjoying it a lot. So, you might want to give this a shot as well.

To sum it up, I’ll say that Red Dead Online is a really good game that has a lot of potential of attracting hardcore online players. The core experience, once you enter a game mode, is really thrilling. Make it Count BR game mode, in particular, always kept me at the edge of my seat, which says a lot of how immersive my experience really was.

That being said, it’s way too early for me to pass a judgement. I’ve been told that there are five game modes in total, but I haven’t had the chance to play of them just yet. I’ll be putting some more hours into the game, and I’ll update the piece as and when I’ll come across something new and interesting.

Also, how this game manages to stay relevant in the online gaming scene is entirely in the hands of Rockstar Games. I really hope the team will continue to bring new content and keep the title just as fresh as it was when I started playing it last week.