Skip to content
Home News Here’s a List of Compatible Devices That Will Get Realme UI 3.0 Update 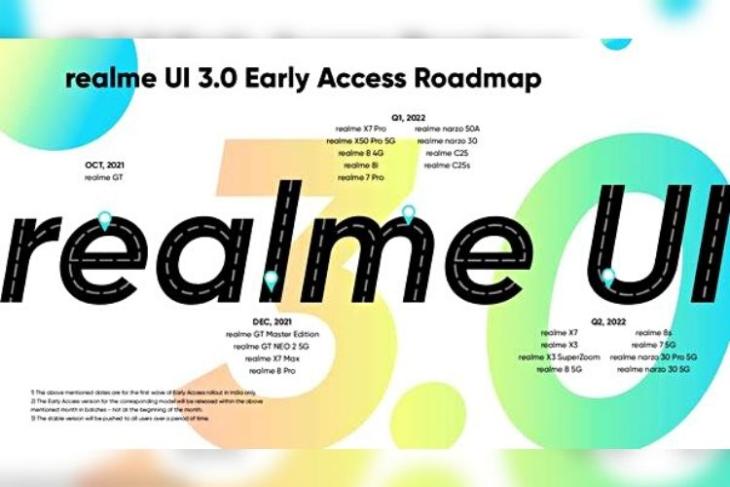 At its Realme GT Neo 2 launch event in India, the Chinese giant took the wraps off its next-gen Android skin called Realme UI 3.0. As one would expect, there are many similarities across the design and feature set of Realme UI 3.0 and Oppo’s ColorOS 12, which is not a bad thing at all. Moreover, it’s great to see Realme also talking cues from Oppo to support Realme UI 3.0 update for several of its devices across multiple lineups in its portfolio.

If you are curious whether you will get Realme’s next-gen Android skin or not, we have compiled a list of devices that will get the Realme UI 3.0 update in this article.

At the event, Realme confirmed that more than 20 devices in its portfolio are compatible and will receive the Realme UI 3.0 update in the next 9 months. The Realme UI 3.0 beta will initially be available on the Realme GT series later this month. After that, the update will start rolling out to other premium devices in the company’s portfolio sometime in December 2021. With that said, check out the complete list of Realme UI 3.0 compatible devices right here:

There’s also many performance and animation optimizations under the hood to offer a smoother user experience. So basically, as you may have already guessed, Realme UI 3.0 is exactly similar to ColorOS 12. So yeah, are you excited to try out all the cool new features in Realme UI 3.0? Is your device on the list above? Let us know in the comments section below.