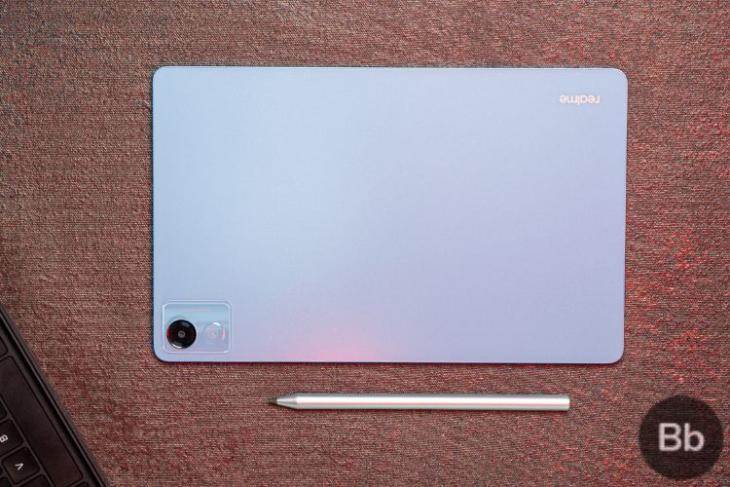 Realme has been rumored to bring its 5G Realme Pad X to India for a while now and after several rumors and official teasers, the Pad X has officially been launched in India. It is the company’s third tablet in the market but the one first to support 5G. Alongside, Realme has introduced the Realme Watch 3, the Buds Air 3 Neo, the Buds Wireless 2S, and its first monitor too.

The Realme Pad X starts at Rs 19,999 and competes with rivals like the Xiaomi Pad 5, the Oppo Pad Air, and more. Here’s a look at its variants and their prices.

Interested buyers can enjoy a discount of Rs 2,000 as an introductory price. The sale will start on August 1 via Flipkart and Realme’s website.

Additionally, the Realme Pencil retails at Rs 5,499 and the Realme Smart Keyboard is priced at Rs 4,999. There’s no word on when these accessories will be up for grabs, though.

The Realme Pad X, which was initially launched in China recently, has a sleek chassis with flat edges and comes in two color options, namely, Glacier Blue and Glowing Black. It sports a small rectangular rear camera bump and the front has a 10.95-inch WUXGA+ display with thin bezels. The screen gets a screen-to-body ratio of 84.6%, TÜV Rheinland low blue light, DC Dimming, and the O1 Ultra Vision Engine for color enhancements.

The device is powered by the 6nm Snapdragon 695 chipset, paired with Adreno 619 GPU. The Pad X is equipped with up to 6GB of RAM and 128GB of storage. The RAM can be extended by up to 11GB with the use of the DRE tech.

There’s a 13MP rear camera and an 8MP front snapper with a field of view of 108 degrees. The tablet supports the Limelight function, which ensures that the user is always in the center of the frame while video calling. This is similar to Apple’s Center Stage functionality. It also supports the Camera Auto-Framing feature.

The Realme Pad X gets its juice from an 8,340mAh battery with support for 33W fast charging and reverse charging too. It can ensure up to 11 hours of video calling and 19 hours of video playback on a single charge. It runs Realme UI 3.0 for Pad with features like Multi-Screen Collaboration for smartphone screen-casting, Text Scanner, Flexible Windows, Smart Sidebar, and more.

The device comes with Dolby Atmos quad speakers, a USB Type-C port, and more. The Realme Pencil and the Realme Smart Keybaord have also been launched alongside. Realme’s stylus supports 4,096 levels of pressure sensitivity, 240Hz touch sampling rate, super low latency, and magnetic wireless charging. It can write for around 25 minutes on 1 minute of charging and can stay active for up to 10.6 hours on a single charge. The keyboard has a 1.3mm key travel distance, a 280mAh battery, and multi-functional shortcut keys.