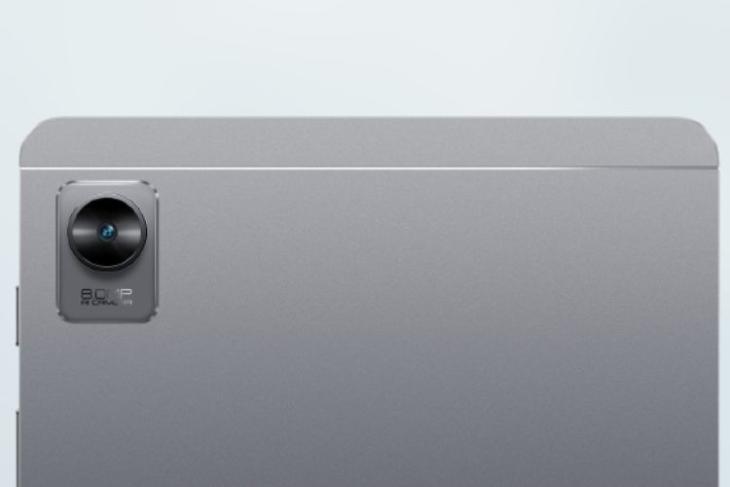 Taking advantage of the growing potential of the tablet market in India, we saw several companies launch their tablet devices in the country last year. Realme also launched its first-ever tablet in the form of Realme Pad in India in September 2021. The company is now planning to launch another one, which could be a mini variant of the Realme Pad. We have some details on the same, and here’s what to expect.

Reputable leaker Steve H. McFly, aka OnLeaks, in collaboration with Smartprix, has got hold of the specs as well as official press renders of the Realme Pad Mini, showcasing its back panel. To recall, the Realme Pad Mini was recently spotted on the NBTC certification website in Thailand with model number RMP2105. But the listing did not reveal much about the specs and features of the tablet.

As per the high-quality leaked renders, Realme Pad Mini will sport a single rear camera with AI features inside a small rectangular module. There is a “Realme” branding in the bottom right corner of the back panel. It is seen in a silver colorway, but we can expect more colorways too. You can have a look at the design right here:

We can also see the power button and the volume rockers on the right of the tablet. Unfortunately, there are no renders showing the front view of the device.

The report further reveals that the Realme Pad will feature an 8.7-inch display, which is smaller than the 10.4-inch screen of the Realme Pad. The device is expected to get an IPS LCD screen much like its elder sibling, though it has not been confirmed yet.

Under the hood, the Realme Pad Mini is expected to pack the Unisoc T616 SoC, paired with 4GB of RAM and 64GB of internal storage. Hence, it will be able to deliver comparable, or maybe even better performance, than the Nokia T20 tablet, packing the Unisoc T610 SoC. The device will also be backed by a 6,400mAh battery with support for 18W fast charging, which is smaller than the 7,100mAh battery seen on the Realme Pad. All of these will be fitted inside a 7.6mm thick chassis.

As for the cameras, the tablet is likely to feature an 8MP rear camera along with a 5MP front shooter to take selfies and attend video calls. The Realme Pad Mini is expected to run Android 11, which already sounds disappointing ahead of its official launch.