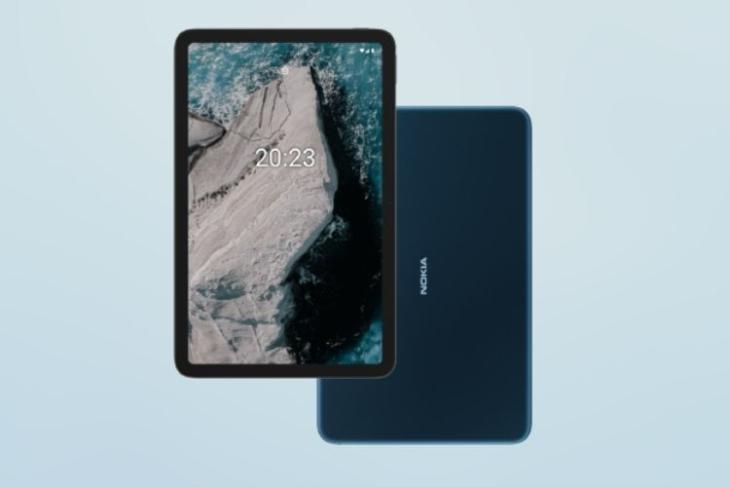 Following last week’s report, HMD Global has launched its Nokia T20 tablet in the Indian market today. It is the first Nokia-branded tablet device to launch after the Nokia N1 that was launched back in 2014. The Nokia T20 brings some great features at an affordable price point. So, let’s take a quick look at the device before moving on to the Indian price and availability details of the Nokia T20.

HMD Global launched the Nokia T20 Tablet in the global market last month, and it comes to India at a lower price than its global prices. So, coming to the price of the base variant which is the Wi-Fi-only model with 3GB of RAM and 32GB of internal storage, it comes for Rs 15,499. There is also a 4GB + 64GB variant of the Wi-Fi-only model, and it is priced at Rs 16,499.

The Wi-Fi + Cellular model, on the other hand, is priced at Rs 18,499. This one also packs 4GB of RAM and 64GB of internal storage. All three models come in a single color option called Deep Ocean. The device is available to buy at Nokia’s official online store in India, and it will be available on Flipkart, starting from tomorrow. It is also available to buy from various offline retailers across India starting today.

Starting with the display, the T20 tablet boasts a 10.4-inch 2K IPS LCD panel with a maximum resolution of 2000 x 1200p and a peak brightness of 400 nits. It also has a brightness boost feature that can push the brightness limit via software tweaks.

The device has a 5MP selfie shooter at the front and a single 8MP camera at the back along with an LED flash. Under the hood, the Nokia T20 packs the Unisoc T610 processor coupled with up to 4GB of RAM and up to 64GB of storage. It also has a dedicated microSD slot for storage expansion to up to 512GB. There is also a massive 8,200mAh battery with support for 18W fast charging onboard.

Other than these, there is a USB-C port for charging and data transfer and a 3.5mm audio jack. Although you don’t get a fingerprint sensor on the device, it does offer face unlock by leveraging the 5MP selfie camera.

The Nokia T20 runs Android 11 out of the box and HMD Global says that you will get 2 years of major Android updates and 3 years of monthly security updates. Plus, the device will come with Google Kids Space and Google Entertainment Space pre-installed.

The Nokia T20 seems like a great buy for those looking for a tablet-style computing device at an affordable price. However, we would love to get your feedback and thoughts about the device in the comments below. It will compete against the similarly-priced Realme Tab in the Indian market.