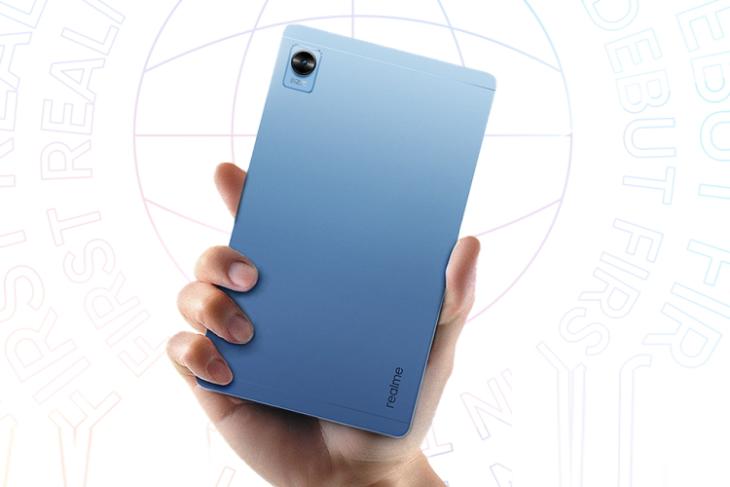 Realme has been rumored to launch a second tablet called the Realme Pad Mini for some time now. It seems like it is finally happening as the company recently showed off the Realme Pad Mini, which is expected to launch on April 4, on social media. And now, ahead of its said official release next week, the tablet’s specs sheet has leaked online. Here’s a look at the details.

Realme Pad Mini has been found listed on Lazada (via tipster Abhishek Yadav), which is the official selling partner of the company in the Philippines. For those who don’t know, the device will first launch in the Philippines and then reach other markets, including India.

The listing reveals that the Realme Pad Mini will come with an 8.7-inch HD+ LCD display with a resolution of 1,340 x 800 pixels, a screen-to-body ratio of 84.59%, and a Sunlight Mode. The display here is smaller than the 10.4-inch display of the Realme Pad.

The tablet will be powered by an Unisoc T616 chipset, as rumored earlier, and will come equipped with up to 4GB of RAM and 64GB of storage. There will be support for storage expansion up to 1TB. The Realme Pad Mini is said to get its fuel from a 6,400mAh battery with 18W fast charging support and reverse charging. As for the cameras, there will be an 8MP rear camera and a 5MP selfie shooter.

The tablet will run Realme UI for Pad based on Android 11. Additional details include 4G support, dual speakers, a USB Type-C port, and more.

As for the design, the company has already revealed it via a recent teaser. The smaller Realme Pad will feature a small square-shaped rear camera bump with a single camera, along with the Realme branding in the bottom right corner. Upfront, we can expect thick bezels.

The Realme Pad Mini is expected to launch in the Philippines on April 4 (awaiting confirmation from the company) and could be a decent budget offering. We still lack concrete details about the launch, so it’s best to stay tuned for more information.