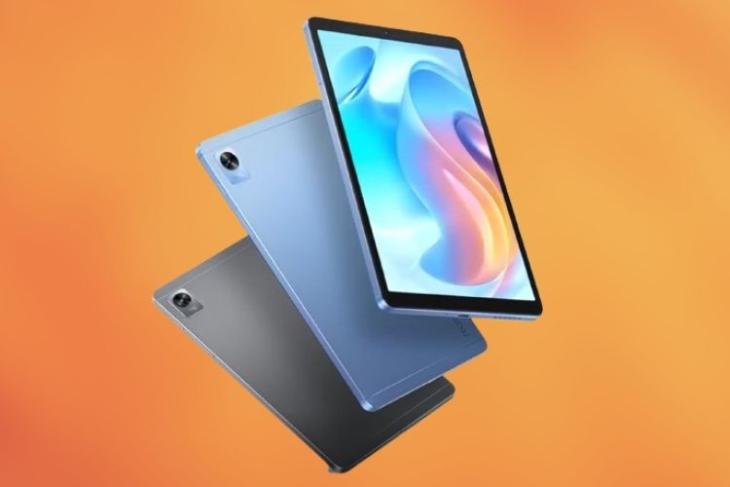 Realme stepped foot into the tablet market with the launch of the Realme Pad last year, and rumors about its next tablet, Realme Pad Mini, started showing up online soon after. Putting an end to the leaks and rumors, the Chinese giant has launched the Realme Pad Mini tablet in the Philippines today. It comes in a compact form factor, includes a Unisoc chipset, and supports 4G connectivity. Let’s take a closer look at its key specs and features before moving on to the pricing and availability.

Starting with the design, the Realme Pad Mini is a compact tablet device that is easy to travel with and is only slightly bigger than large smartphones like Samsung’s 6.8-inch Galaxy S22 Ultra. It comes in an aluminum alloy-based unibody chassis, weighs 372g, and is only 7.59mm thick.

The Realme Pad Mini features an 8.7-inch HD+ (1340 x 800p) IPS LCD display with an 84.6% screen-to-body ratio, an aspect ratio of 5:3, and support for Sunlight Mode. Compared to the standard Realme Pad’s 10.4-inch screen, the Mini’s display is much smaller. There is also a 5MP selfie shooter on the front. At the back, the tablet comes with a single 8MP camera that can record 1080p videos at 30FPS, along with a Realme branding at the bottom right.

Under the hood, the Realme Pad Mini packs the Unisoc T616 processor paired with up to 4GB of RAM and 64GB of internal storage. Users can also expand the storage up to 1TB, thanks to a dedicated microSD slot. There is also a 6,400mAh battery unit onboard that supports 18W fast charging. The device also supports reverse charging technology to charge wireless accessories.

Other than these, the tablet comes with dual stereo speakers, support for 4G networks, a USB-C port for charging and data transfer, and a 3.5mm audio combo jack. For wireless connectivity, it supports Wi-Fi 802.11ac and Bluetooth 5.0 technologies. The Realme Pad Mini runs the Android 11-based Realme UI for Pad out of the box and comes in two color options – Gray and Blue.

Coming to the price of the Realme Pad Mini, Realme has launched two storage variants of the device – a 3GB + 64GB model and a 4GB + 64GB variant. Check out their prices below.

As for the availability, the Realme Pad Mini will be available to buy on the Lazada e-commerce platform in the Philippines, starting from April 5 at midnight. Eary customers will also get exclusive discounts and offers on both models of the Realme Pad Mini.