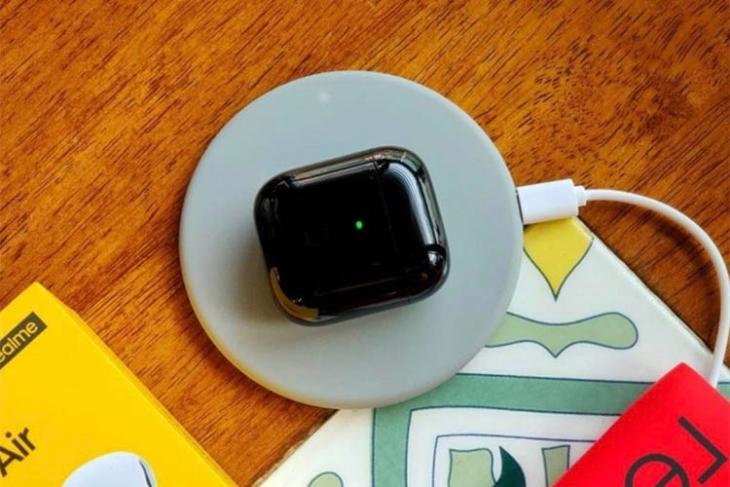 Realme India CEO Madhav Sheth has today taken to Twitter to confirm that Realme Buds Air, the company’s truly wireless earbuds that resemble the Apple AirPods, will indeed be launched with support for Qi wireless charging. You can check out Sheth’s official tweet attached down below:

What makes #realmeBudsAir truly disruptive?
Wireless Charging! Yes, you can charge with ease and convenience using any Qi-standard wireless charger.

Isn't it amazing guys!
Get ready for the launch at 12:30PM on 17th Dec.
RT if excited. #TrueWirelessRealSeamless pic.twitter.com/0gY1AVDSTN

Chinese smartphone maker Realme is all set to launch its AirPods look-alike truly wireless earbuds the Realme Buds Air in India in less than a week. While we already know what the earphones will look like thanks to Realme executives teasing them on Twitter complete with the case design and color variants: yellow, white, and black (yes!), a new exclusive obtained by GSMArena sheds more light on the upcoming earphones.

GSMArena’s source also apparently mentioned that the earbuds will be priced under Rs. 5,000 and that Rs. 4,999 is a likely price point for the company to launch the Realme Buds Air. The earphones are expected to go on sale at launch on December 17, so if you’ve been looking for truly wireless Bluetooth earphones these might be something you’re interested in.

I’d be remiss if I didn’t mention that this information is based on an anonymous source, and even though GSMArena is saying that it’s from a “very reliable source” I’d suggest you take this information with a pinch of salt. We should know more about the Realme Buds Air in the coming days, so stay tuned to find out everything else we find out.